Former New York Yankees captain Derek Jeter has been immortalized in Cooperstown as one of the best players ever to play the sport.

The 47-year-old was moved by the ceremony, and he asked the crowd to remember all Hall of Famers who passed away in the past few months.

“I’m so honored to be inducted with you guys and linked to you forever,” said Jeter. “The Hall of Fame is special because of those who are in it. We’ve lost way too many Hall of Famers over the last 20 months. These are all Hall of Famers who would have or could have been here, so for that reason, it’s not the same.”

Jeter also thanked the fans that kept him going during his playing days.

“I had one goal in my career, and that was to win more than everyone else, and we did that, which brings me to the Yankee fans,” Jeter said as the fans applauded with excitement. “Without question, you helped me get here today as much as any individual I’ve mentioned.”

The Hall of Fame ceremony was postponed a year because of the coronavirus pandemic. Alongside Jeter, Ted Simmons, Larry Walker, and the late Marvin Miller were honored as well. 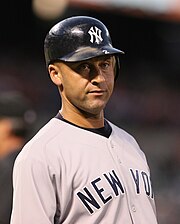 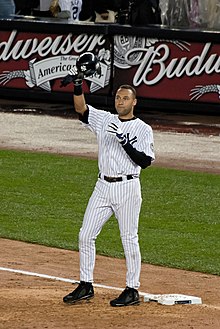 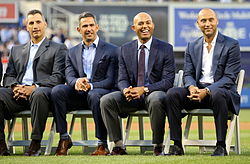 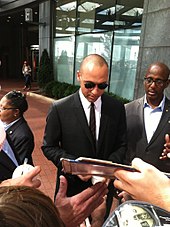 What was it that made Derek Jeter into the Hall of Famer he became? "He had it. And I don't even know what it is, but, I mean, he had it … you just had the feeling that Derek Jeter was gonna be the next best thing in New York."

Today is the #jeter ⁦@baseballhall⁩ induction. Here is how Jeter’s leadership shined through from an early age. ⁦@usatodaysports⁩ ⁦@usatodaymlb⁩

#Yankees great #DerekJeter played in 20 seasons and won 5 World Series titles. Steinbrenner named him team captain in 2003. You probably wouldn’t call him the best player on any of his Yankees clubs, but he was the emotional center of them all. #HOF

Derek Jeter had 'it:' The Hall of Famer won championships for the New York Yankees https://usatoday.com/story/sports/mlb/yankees/2021/09/08/baseball-hall-fame-yankees-derek-jeter-had-it/5767098001/… via @usatoday