Draymond Green of the Golden State Warriors was ejected from Game 1 of the Western Conference semifinals against the Memphis Grizzlies on Sunday afternoon, but the Warriors won 117-116.

The Warriors were in a tough game against the Grizzlies when the power forward fouled Brandon Clarke. The foul occurred with less than two minutes left in the second quarter, and Green was given a flagrant-2 foul for this and was escorted off the court.

The foul included Green tackling Clarke under the basket, then he hit him in the face. Later, Green was seen grabbing Clarke by the jersey mid-air before he finally dragged the Memphis player to the ground.

Warriors’ star guard Stephen Curry was in the opinion that Green’s foul should have been a flagrant 1 instead of 2. Curry told referees, “That’s f——g crazy.”

After the play ended, Green rushed to Clarke to help him up. He also tried to give an explanation to coach Steve Kerr. He said that his fingers were caught in Clarke’s jersey.

In the game, Green had six points, four rebounds, three assists, three steals, and one block. However, the way he hit Clarke, which caused his exit, became the talk of the day.

Prior to this, Green had once gotten himself suspended in Game 5 of the NBA Finals against the Cleveland Cavaliers six years ago. In addition, earlier in the same playoffs, he kicked Steven Adams in the groin, but was exempted from any consequences.

“He’s been known for flagrant fouls in his career,” Clarke said later post-game. “I don’t really like to flop or nothing, but Green did hit me pretty hard twice when I saw it again.”

"My hand got caught in his jersey," 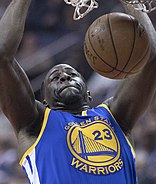 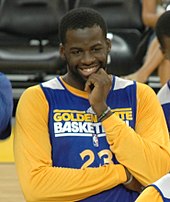 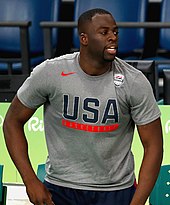 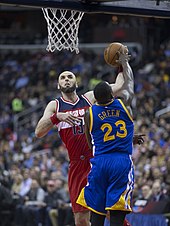 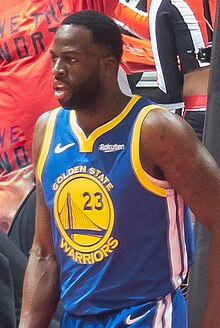 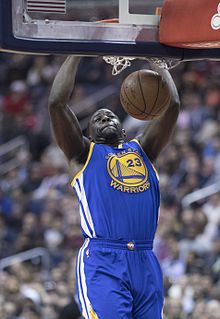 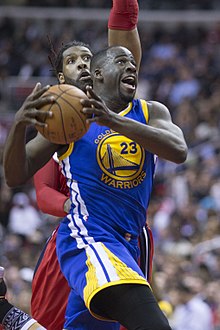 In a controversial sequence in Game 1 between the Warriors and Grizzlies, Draymond Green was given a flagrant-2 foul and ejected

Green is a very dirty player.

They ejected for this in a PLAYOFF GAME? #GoDubs #dubs #warriors