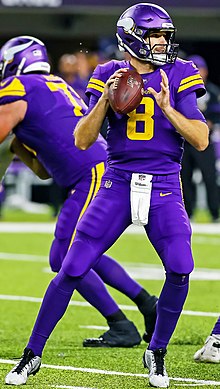 The Minnesota Vikings announced Monday that they signed veteran pass-rusher Everson Griffen, who left the team in 2020. The first order of business in his second stint with the team will be to apologize to quarterback Kirk Cousins for calling him an “ass.”

“I haven’t really talked to him yet but I’m going to get around to doing that,” Griffen said of Cousins on Monday, as quoted by ESPN. “Apologize to him, apologize to [head] coach [Mike] Zimmer, [general manager] Rick [Spielman] about what I said. I take full ownership in that. I’ve still got to talk to Kirk and apologize to him about that.”

The 33-year-old Griffen left the Vikings in February 2020 and signed a one-year, $6 million contract with the Dallas Cowboys.

“I left because I thought the grass was greener on the other side, to be honest, and it wasn’t,” Griffen admitted.

Two months after moving to Dallas, Griffen was sent to Detroit. He agreed to return to Minnesota on Monday. The details of his new contract were not disclosed.

In January, one month before he left the team, the defensive took to Twitter to share his thoughts on Cousins, suggesting that head coach Zimmer did not want to sign him.

He followed up his first tweet saying: “Ask ZIMMER if he wanted Kirk?????” and “He will tell you the truth??? Who wanted Kirk cousins???? take your guess???”

He deleted his tweets shortly after and issued an apology on the same platform.

“I’m sorry for saying anything negative,” Griffen said. “I love this organization. Vikings will always have a place in my heart. If you want it, go get it. All love for for real.”

Griffen was first selected by the Vikings in the fourth round of the 2010 NFL Draft. He currently ranks seventh in the franchise in terms of sacks at 74.5. 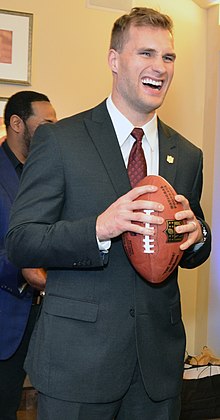 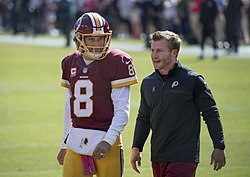 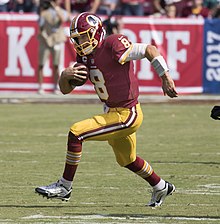 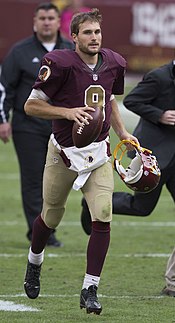