Following his stellar performance in the first 4 rounds of the U.S. Open, seven-time ATP Tour singles champion Nick Kyrgios remains one of the tournament’s most exciting players to watch.

After his defeat, Medvedev sang high praise of Kyrgios, even comparing the Australian to Grand Slam heavy hitters, Novak Djokovic and Rafael Nadal.

“Nick today played kind of at the level of Novak and Rafa,” Medvedev said. “He has a little bit different game because he’s not a grinder. At the same time, he can rally. He’s tough to play. He has an amazing serve.”

Still, Kyrgios play was not perfect, as he had seven double faults, while Medvedev only made two. The only difference that allowed the Aussie to get the win was his overall service game throughout the match.

He also admitted that his physical condition was affected playing in the U.S. Open, saying, “In the USA, I get sick for sure in the hardcourt swing because the AC is just crazy.”

While the triumph propelled Kyrgios to this Monday’s quarter-finals against Russia’s rising star Karen Khachanov, Medvedev’s defeat means he is at risk of losing the No. 1 ranking to Germany’s Alexander Zverev and Nadal, who are trailing close behind in second and third place, respectively.

Sunday marked yet another defeat for Medvedev, who forfeited the semi-final matchup of the Cincinnati Masters to World No. 3 Stefanos Tsitsipass in-mid August. Also, earlier this month the Russian player was defeated by Kyrgios in the Canadian Open.

"But from baseline it's not like when the point starts, you know that you have the advantage. He plays good. He has every shot. If he plays like this until the end of the tournament, he has all the chances to win it." 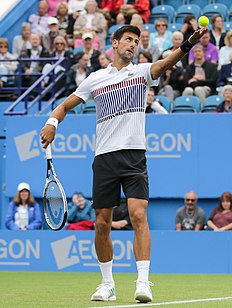 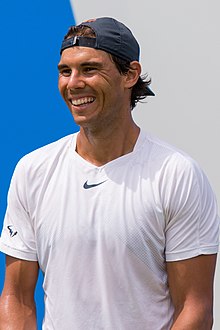 He owns the russian

Of his five meetings with Medvedev, Kyrgios has now won four times. It is also the first time an Australian has defeated a world No.1 in a Grand Slam tournament since Kyrgios himself did it back in 2014 as a 19-year-old against Nadal at Wimbledon.

Nick Kyrgios defeats 2021 US Open champion Daniil Medvedev to become the first player to defeat the No. 1 seed twice in one year since 1987 pic.twitter.com/dvEUpTVwZc

US Open Day 8 Men's Predictions Including Nadal vs Tiafoe

#DanillMedvedev said #NickKyrgios is playing at such a high level that he merits comparison with #GrandSlam heavyweights #NovakDjokovic and #RafaelNadal.