Boston Bruins goaltender Linus Ullmark had one of the best performances of his career on Saturday, making 40 saves to help lead the Bruins to a 4-2 win over the Calgary Flames at the Scotiabank Saddledome and extend the team’s winning streak to five games in a row.

Boston left winger Brad Marchand, who scored a goal and had an assist, praised Ullmark for his outstanding performance.

“You have to be able to rely on your goalie to come up big if you want to be a good team,” Marchand said. “He’s got to be able to keep you in it when the other team’s putting a lot of pressure on and make the big saves on the kill like he did tonight.”

Ullmark was glad he could contribute to the Bruins’ impressive run this season so far.

“We’re certainly happy with the results,” Ullmark said. “Five points on the road is always a nice one. It’s tough games coming over here. We did a really good job of converting in these games and it’s huge going forward for us.”

As for Calgary, winger Matthew Tkachuk and center Sean Monahan scored, and Jacob Markstrom recorded 23 saves for the Flames (15-7-6), who have lost four consecutive games after a three-game winning streak.

“Lots of shots, not a ton of chances, but they capitalized on theirs early, and when you get behind 3-0 against a team like that, all of those guys have been there before, in the Stanley Cup Finals, or at least most of them know how to win,” Tkachuk said. “They played a solid game once they got the lead.”

Up next, the Bruins host the Las Vegas Vegas Golden Knights on Tuesday, while the Flames travel to Chicago to face the Blackhawks. 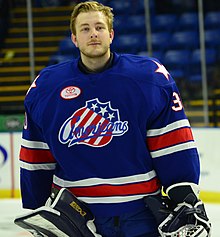 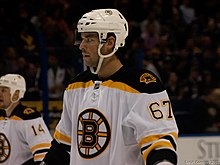 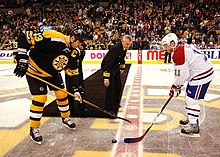 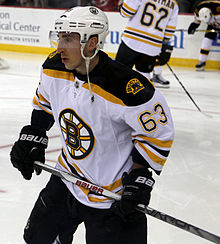 Talking Points from the Boston Bruins 4-2 win over the Calgary Flames: Linus Ullmark, stopping 81 of 85 shots over the last two games Brad Marchand (goal and an assist) Congrats to old friend Milan Lucic on his big night

Your @BOSHockeyNow Talking Points from last night's 4-2 win for the #NHLBruins over the #Flames and a 2-0-1 record on their three-game road trip through Northwest Canada.

Linus Ullmark made 40 saves to help the Bruins extend their point streak to five games with a 4-2 win at the Flames. Calgary has lost four straight.

Linus Ullmark made 40 saves to help the Bruins extend their point streak to five games with a 4-2 win at the Flames. Calgary has lost four straight.

Your BHN Talking Points from last night's 4-2 win for the #NHLBruins over the #Flames and a 2-0-1 record on their three-game road trip through Northwest Canada.

Linus Ullmark shined again with 40 saves and for the first time since the first week of the regular season, the Boston Bruins moved into a playoff spot with a 4-2 win over the Flames Saturday in Calgary.