Tampa Bay Buccaneers quarterback Tom Brady threw for 307 yards and two touchdowns to help lead his team to a 30-10 win over the New York Giants in front of the home crowd at Raymond James Stadium on Monday Night Football.

With the win, the Bucs snapped a two-game losing streak after having lost to the New Orleans Saints and the Washington Football team in previous weeks.

In the game, Bucs wide receiver Mike Evans caught his 72nd career touchdown pass off a five-yard throw from Brady, which broke the franchise record held by Mikle Alstott.

“I am very proud of that accomplishment, hopefully, I can extend it really far,” Evans told reporters. “(Alstott) was an unbelievable player. Happy to be in the same sentence with him, let alone breaking his record.”

“He is consistent, dependable,” Brady said in a post-game press conference. “He’s been my teammate for a long time so… a real privilege to be able to play with such an incredible player and person.

Next, the Buccaneers travel to Indianapolis to face the Colts, while the Giants host the Philadelphia Eagles. 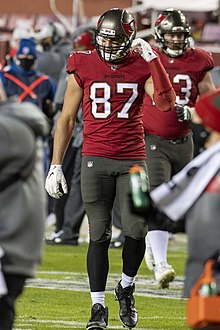 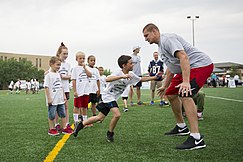 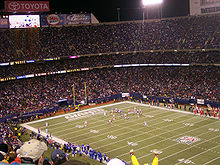 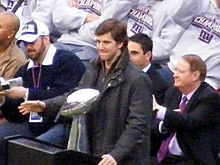