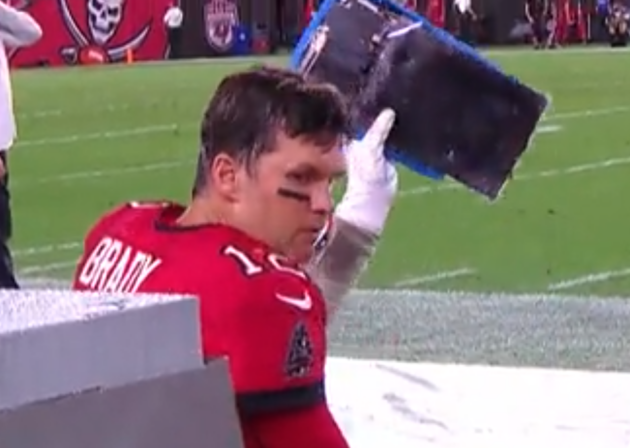 Tom Brady was frustrated, to say the least. While almost everybody considers him the GOAT of pro football, the quarterback is just human after all and sometimes can lose his cool.

The defending Super Bowl champion Tampa Bay Buccaneers played poorly against the New Orleans Saints on Sunday night, losing 9-0 and delaying, at least for the moment, their first division title in 14 years.

This was the first time Tampa Bay lost without scoring a single point since December 2012. The last time it happened also came against the Saints in a 41-0 loss.

Brady was visibly upset with his team’s performance and slammed down his tablet on the sidelines.

“We just didn’t execute, obviously,” said the 44-year-old quarterback, who finished with 214 yards and no touchdowns on 26 of 48 passing. “It was just a tough night. Didn’t do much of anything right. We’ve got to get a lot better, got to get back to work. There’s a lot of football left and we’ll see if we can go get a win next week.”

Bucs head coach Bruce Arians also shared his thoughts on his team after the game.

“It’s all coverage,” said Arians. “We like to get the ball out of our hand quickly. They play that tight man and two-deep safeties and they took some of those away and made us hold the ball.”

Arians then commented on the wave of injuries the Buccaneers have had recently.

“I think it was big,” said Arians about the team’s injuries. “Obviously the young guys, I was hoping they’d step up a little bit more, the receivers. Overall, we just dropped too many balls, too, when we did have some guys open. They played that hard man-to-man and we did not do a good job of getting open.”

Next up, the Bucs travel to Charlotte to face the Carolina Panthers.