Jimbo Fisher, Texas A&M head football coach, has denied claims the Aggies had $30 million in a name, image, and likeness fund to contribute to their historic recruiting haul after successfully landing top-ranked players for the team.

“This $30 million deal is a joke,” Fisher told CBS. “This thing that there’s some fund out there and it was written on BroBible by some guy named Sliced Bread and all of a sudden the country believes it, it’s a joke. It didn’t affect recruiting at all. The people who wanted to make comments on it have no idea what’s going on. It’s insulting to the players who come here and the people around us.

“Moreover,” he continued, “the (recruiting) haul had seven five-star prospects already committed, and all are among the top 25 players in the country. It’s insulting to our staff, how hard we work, to how we do things, and it’s insulting to Texas A&M, because there ain’t a better place to go to school and play ball.” 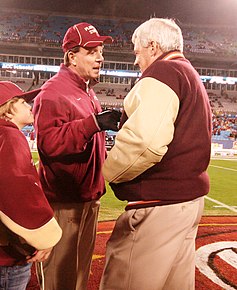 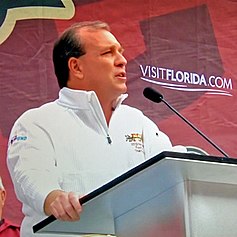 A message board rumor started by a user named "SlicedBread" got Jimbo Fisher all riled up at his signing day press conference. https://yhoo.it/3AQqRpn