Marcus Ericsson beat some of the biggest names in North American auto racing in front of the largest crowd of his life, almost 300,000 racing enthusiasts, to win the Indianapolis 500 on Sunday.

It was Ericsson’s third IndyCar race win in 52 starts.

In spite of the fact that he spent a lot of time learning ovals, he arrived at Indianapolis convinced he could win the 500 after a recent third-place finish at Texas Motor Speedway.

On the final lap, Sage Karam crashed and brought out another caution, allowing Ericsson to coast to the podium under yellow. (Karam was taken to a hospital for treatment of muscular soreness.)

Scandinavia in the house

In 106 races Ericsson becomes the second Swede to win the Indy 500 and first since Kenny Brack in 1999.

“When that caution came out, I thought it was going to be another restart. I was like, ‘I can’t believe it, another one,’” Ericsson said. “First I was angry, then I just realized that won me the race. It’s an explosion of emotions from that point.”

After five unremarkable Formula One seasons, the 31-year-old made an inauspicious entry into IndyCar in 2019. After working his entire life to make it to the top of motorsports, he ended up with no wins – not even a podium finish – in 97 starts.

“Those 10 minutes sitting there in the pit lane during that red flag was some of the hardest 10 minutes of my life,” he said, “thinking what to do, thinking that I’m leading the biggest race in the world, and I’m that close to win it.”

It wasn’t exactly his best season in North America, either. When Ericsson was let go from his debut IndyCar team after a year, he bought a seat at Chip Ganassi Racing – he noted that when he said “winning the Indy 500 is not bad for a pay driver” – and has made steady progress in 36 races with Ganassi since 2020.  It’s the fifth Indy 500 victory for Chip Ganassi’s team but first since 2012, and rounds off a month in May in which this team delivered a dominant performance.

“It’s the biggest race in the world,” said Ericsson, who called it his biggest victory “by a million miles.” 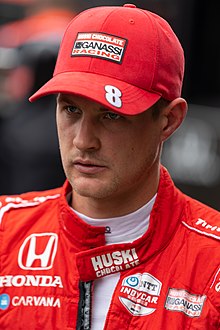 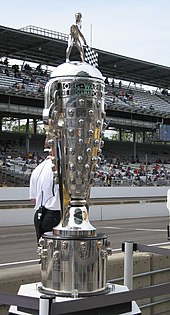 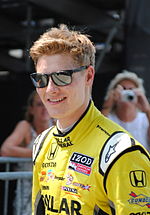 What's up with these Swedes winning EVERYTHING! cc/ @elitasson

Professional Gentleman of Leisure May 30 2022