Anaheim Ducks goaltender Anthony Stolarz played a stellar game on Wednesday making 19 saves to lead the Ducks to a 4-1 win over the Seattle Kracken.

Center Troy Terry scored his third goal in two games for Anaheim (17-9-5), who have now won four of five games.

“‘Stoley’s’ been outstanding,” Anaheim coach Dallas Eakins said. “We just can’t say enough about him. He comes in every day, he works, high-character guy, smile on his face, and it’s amazing how he goes about his business.”

The 54-year-old coach continued to praise his players for their brilliant display at Honda Center.

“Our fourth line right now (Sam Carrick, Nicolas Deslauriers, Buddy Robinson) has a real great identity,” Eakins said. “The game’s never over for them. It’s 4-1 and they went out and let the other team know that we are still going to play hard until this buzzer goes.”

Meanwhile, Seattle coach Dave Hakstol felt that his team could have done more in the game.

“We didn’t manage the puck well enough to put ourselves into spots where we could forecheck well and generate more O-zone time,” Hakstol said. “That, ultimately, didn’t allow us to generate a whole lot offensively. We made a bad pinch and that gives up the 2-on-1 for the first goal. That’s a mental mistake that shouldn’t be made, especially in a back-to-back. You have to be sharp in those areas.”

The Ducks host the Arizona Coyotes on Friday, while the Kraken are facing the Edmonton Oilers on Saturday. 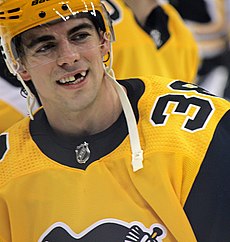 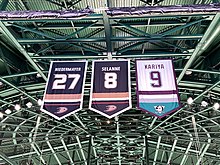 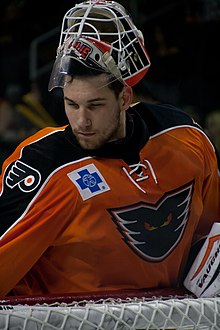 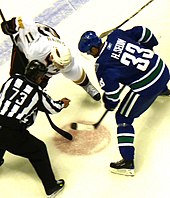 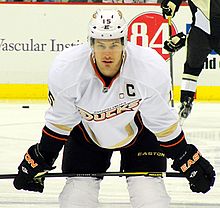 Anthony Stolarz made 19 saves and extended his winning streak to six games in the Ducks' 4-1 victory against the Kraken.

Anthony Stolarz extended his winning streak to six games when he made 19 saves in the Ducks' 4-1 victory against the Kraken.