In the first two rounds of the 2022 NFL Draft, only one quarterback’s name managed to come off the board, and that name is Kenny Pickett. The Pittsburgh Steelers had picked him, and he became the team’s first-round selection at the 20th overall.

Head coach Mike Tomlin revealed some of the reasons for the draft pick, saying that it partly had to do with the 23-year-old’s “pro-ready” accuracy.

Before this, Tomlin had already gotten the opportunity “to establish a real friendly and formal relationship” with Pickett during the quarterback’s four years of career with the Pittsburgh Panthers.

When asked about the possibility of the quarterback’s hand size hindering him from being an elite player, the 50-year-old coach was not worried and asserted that the QB “had no issues”.

Pickett will be joining Mason Rudolph and free-agent Mitchell Trubisky, who have been starters in the NFL.

“I expect it to be fierce because I know all three guys,” Tomlin said. “I don’t expect anyone to take a backseat.”

Tomlin also said that Pickett will have to outplay Rudolph and Trubisky if he is keen on becoming the Steelers’ Week 1 starter next season.

"I potentially was capable of buying into that if I didn't watch him play college football in Pittsburgh and deal with the elements that come with playing in this environment,"

"I expect it to be fierce because I know all three guys," 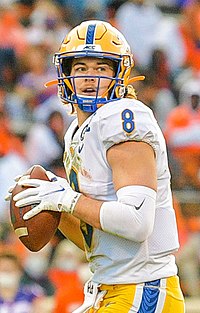 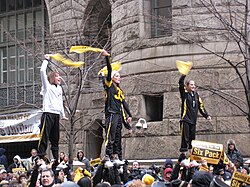