Stan Bowman, Chicago Blackhawks General Manager and president of hockey operations, has stepped down after findings of mishandled allegations that an assistant coach sexually abused a player during the team’s Stanley Cup campaign back in 2010.

The NHL has also taken a further step by fining the Blackhawks $2 million for “the organization’s inadequate internal procedures and insufficient and untimely response.”

“Today’s fine represents a direct and necessary response to the failure of the club to follow-up and address the 2010 incident in a timely and appropriate manner,” NHL Commissioner Gary Bettman said in a statement.

The Blackhawks hired an independent firm, Jenner & Block, in response to two lawsuits filed against the team: one by a player identified as John Doe alleging sexual assault by then-assistant coach Brad Aldrich in 2010, and another filed by a former student whom Aldrich was convicted of assaulting in Michigan.

Team CEO Danny Wirtz called the released report to be “both disturbing and difficult to read.” Former federal prosecutor Reid Schar, who led the investigation, said he found no evidence that Wirtz or his father, Rocky, who owns the team, were aware of the allegations.

“It is clear that in 2010 the executives of this organization put team performance above all else,” Wirtz said. “John Doe deserved better from the Blackhawks.”

Bowman has also left his post as GM of the 2022 U.S. Olympic men’s hockey team.

“In light of what’s happened today, I think it’s in the best interests of USA Hockey for me to step aside,” Bowman said in a statement. “I’m grateful to have been selected and wish our team the very best in Beijing.” 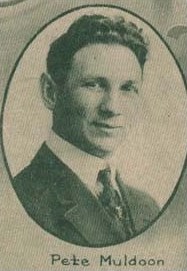 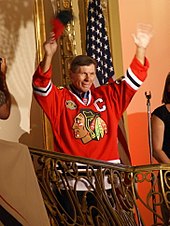 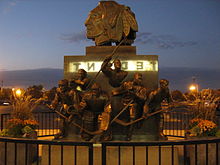 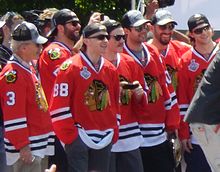 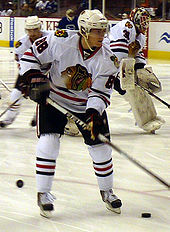