The 27-year-old threw a TD pass to running back Clyde Edwards-Helaire after dodging two Bucs players rushing towards him. The first dodge was slightly usual, but the second one was carried with flair as Mahomes put a little spin on his movement before throwing the ball to Edwards-Helaire.

The duo propelled the team to a 21-3 lead early in the game. However, not long after that, Tampa Bay responded with seven points of their own when wide receiver Mike Evans scored on a 13-yard touchdown reception from veteran quarterback Tom Brady.

Nonetheless, as previously mentioned, many were impressed with Mahomes, whose 11 TD pass count is now tied with the Detroit Lions’ Jared Goff and the Baltimore Ravens’ Lamar Jackson. Among those who praised the QB were football analyst Pat McAfee and Los Angeles Lakers superstar LeBron James.

Mahomes passed for 249 yards and three touchdowns on 23 of 37 attempts. When compared to Brady, the Texan still falls short, as he was 39 out of 52 passing attempts for 385 yards. In addition to three touchdowns, Brady had zero interceptions.

After losing 20-17 to the Indianapolis Colts in Week 3, the Chiefs were in desperate need of a win on the Buccaneers’ home field. The Kansas City Chiefs are now 3-1 early in the season and will host the Las Vegas Raiders on October 11.

After losing to the Green Bay Packers 14-12, the Bucs suffered their second consecutive loss at home. On October 9, Brady and Co. will face the Atlanta Falcons.

♬ Use My Sound If Ur A Goat - LeGM

After watching the Kansas City Chiefs for the past two years, I think it is clear that Patrick Mahomes is not a team player. He doesn’t care if his team wins or loses. All he cares about is how he looks. 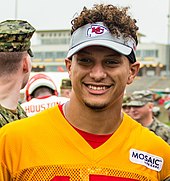 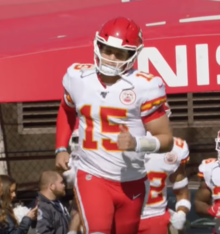 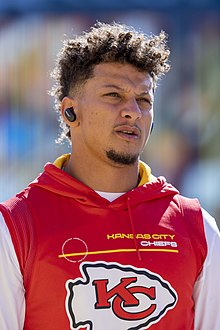 #Chiefs superstar Patrick Mahomes did some video game-level stuff in throwing a TD pass versus the Bucs tonight. Check it out! #ChiefsKingdom #patrickmahomes