The Southeastern Conference fined the University of Tennessee $100,000 on Sunday after fans stormed the field and tore down the goalposts to celebrate the Volunteers’ 52-49 victory over the visiting Alabama Crimson Tide at Neyland Stadium.

UT was fined a day after the game was held. This was the second time the institution violated SEC’s competitive areas policy, which states that competition areas are limited to “student-athletes, coaches, officials, support personnel and properly-credentialed individuals,” and spectators are not allowed entry during or after the game.

Each institution is held responsible for its spectators, and failure to comply with the policy will lead to fines. For UT, the third violation and beyond would cost the institution $250,000.

According to the Associated Press, UT has turned to crowdsource to pay for the damaged goalposts. The university’s athletic director, Danny White, urged fans to “help us out” in the aftermath of the incident. Per Sunday afternoon local time, over $18,000 was raised from the initiative.

“Y’all remember how we tore the goalposts down, hauled ’em out of Neyland and dumped ’em in the Tennessee River?,” UT tweeted. “Yeah that was awesome. Anywho, turns out that in order to play next week’s game, we need goalposts on our field. Could y’all help us out?”.

Nonetheless, the triumph over the No. 6 Crimson Tide marked the No. 3 Vols’ sixth consecutive win this season with a flawless 6-0 record.

“This is college football at its absolute best. We were the best team on the field tonight. That’s all we can control,” Vols head coach Josh Heupel said.

Up next, Tennessee will play the Tennessee-Martin Skyhawks on October 21, and Alabama will host the Mississippi State Bulldogs the following day.

"We thought this was a fun way to invite Vol Nation to continue in the celebration."

"We didn't answer the bell today. We did too many things to help (Tennessee)."

"This is college football at its absolute best." 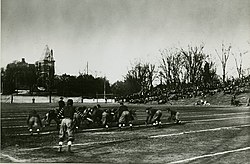 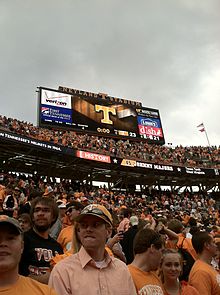 I would have. WATCH: Tennessee Fans Remove Goalposts, Throw Them in River Following Bama Win