Quarterback Ryan Tannehill led the Tennessee Titans to a 20-17 win over the San Francisco 49ers on Thursday night, even though the Titans were without star running back Derrick Henry, who is recovering from foot surgery, and starting left tackle Taylor Lewan and left guard Rodger Saffold, who were ruled out the day before the game.

“The funeral for the Titans was supposed to be yesterday or today. We’re not dead yet,” Titans coach Mike Vrabel said.

In the game, Tannehill completed 19 of 27 passes for 143 yards, one touchdown and one interception.

Still, the Titans were ravaged with problems, including Lewan’s replacement, Kendall Lamm, who tested positive for COVID-19 and was unable to play. That resulted in rookie offensive lineman Dillon Radunz being tasked with taking care of 49ers Nick Bosa in his first NFL start. Radunz was successful, and kept Bosa from getting a sack in the game.

Receiver A.J. Brown’s activation from the injured reserve was also successful, as he had an outstanding performance with a career-high 11 receptions for 145 yards and a touchdown.

The Titans now occupy second place in the AFC with the win over the 49ers, pending Sunday’s result between the New England Patriots and the Buffalo Bills.

“This AFC is the tightest I’ve ever seen it,” Titans safety Kevin Byard said. “I think there’s like 13 or 14 teams that can make it (into the playoffs). I’m going to spend Christmas with my family, but I can’t help myself. I’ll be watching the game (Indianapolis Colts vs Arizona Cardinals).” 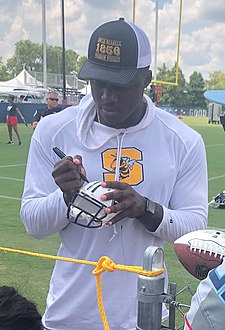 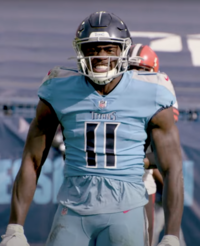 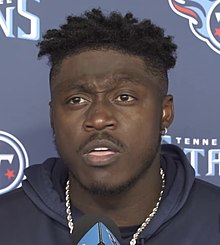 Good news for the Titans and AJ Brown's fantasy managers.

The Tennessee Titans' quest for the AFC South title and No. 1 seed in the conference begins anew tonight against the San Francisco 49ers. https://bit.ly/3poGf8q #TNF | #SFvsTEN | #FTTB | #Titans | @jeffgo33

Good news for the Titans and AJ Brown's fantasy managers.