Braun, who spent the entirety of his career with the Brewers, delivered the news on Tuesday.

“While it’s impossible to summarize my emotions right now, what I feel most is one simple thing — gratitude,” Braun said.

Last season, the 37-year-old veteran hit his 350th career home run. He was ranked fifth in homers among all active players.

“I have weighed this decision for many months,” Braun said in a statement released by the team. “While I still love this game very much, the time is right for me to retire from my playing days.”

Brewers manager Craig Counsell, who played alongside Braun before Counsell was appointed manager in 2015, gave nothing but praise for his former teammate.

The Brewers selected Braun with the fifth pick in the 2005 MLB Draft out of Miami. He was named National League Rookie of the Year in 2007 and an All-Star six times. 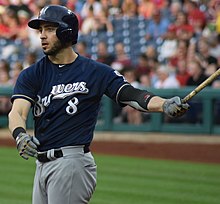 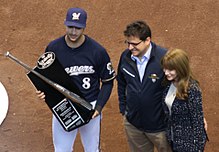 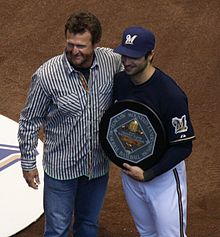 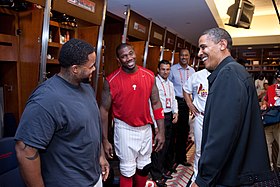 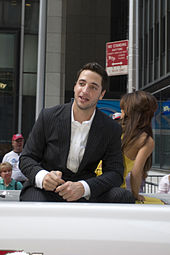 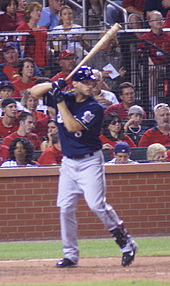 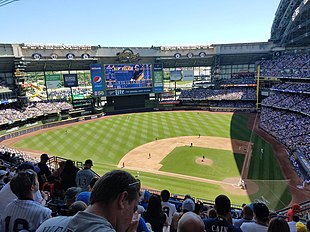 I remember when Ryan Braun got popped fo steroids and Wisconsin sports journalists were writing that the worst part about it was that he lied to Aaron Rodgers.

LOL. Made this decision after months of thinking....while not playing....lol. Must have been a tough decision to choose to retire from a game that you are not actively playing.

He owes Matt Kemp the mvp he won while he was cheating, guy is a complete scumbag Not only did he lie to everyone and maintain his innocence knowing full well he was using [but he destroyed a lab techs career and reputation](https://www.si.com/mlb/2013/06/05/ryan-braun-biogenesis-steroids-mlb-suspension-dino-laurenzi) the fact Brewers fans welcomed him back with open arms will always reflect poorly on them

I could care less about the PEDs, but the fact he threw someone under the bus to deny it the way he did.... I just hope that guy got a big under the table check from Ryan for that one

matt kemp 2011 highlights will be on all damn day