The Tampa Bay Rays are one step closer to returning to the World Series, as they clinched a spot in the 2021 postseason after beating the Toronto Blue Jays 7-1 on Wednesday night.

The game was not without drama. Toronto pitcher Ryan Borucki hit Rays center fielder Kevin Kiermaier on the back with a pitch in the eighth inning.

Kiermaier threw his bat to the ground and exchanged looks with Borucki, then players from both dugouts swarmed the field. Home plate umpire Bruce Dreckman was seen holding Kiermaier back to prevent any further escalation.

When asked about the incident, the 31-year-old believed Borucki did it on purpose.

“Oh yeah, it was intentional,” Kiermaier said post-game. “Pretty much almost went behind me. I thought it was a weak move, to be quite honest. It’s over. It’s didn’t hurt by any means, so I don’t care. Whatever. We move on. We got a series win, and I hope we play those guys, I really do.”

The three-time Gold Glove winner was then asked whether he wanted to face the Blue Jays again later in October, and his answer was firm.

“The motivation is there. That’s all that needs to be said,” Kiermaier said.

Borucki and Blue Jays pitching coach Pete Walker both ended up being ejected from the game.

The Blue Jays pitcher defended himself, claiming the ball slipped when he threw it.

“I wanted to go down and away, as I was coming forward I felt the ball slip out of my hand and I missed up and in, and I accidentally hit him,” Borucki said.

“Pete’s reaction told me everything about it,” Montoyo said. “He missed. He hit him, but I understand what it looks like. I understood how the Rays got upset about it.”

So far, the Rays are the fourth MLB team to clinch a playoff berth this season after the San Francisco Giants, Los Angeles Dodgers, and Milwaukee Brewers. 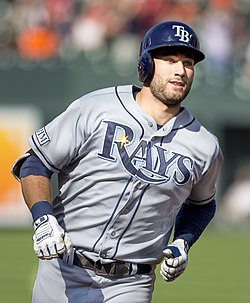 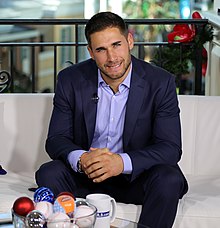 The defending AL champs are heading back to the playoffs! #RaysUp