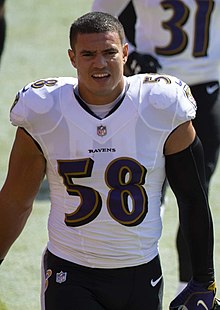 Ravens’ L.J. Fort out for the season with knee injury

Ravens’ L.J. Fort out for the season with knee injury

Baltimore Ravens linebacker L.J. Fort has been sidelined after he suffered a season-ending knee injury during a preseason game against the Carolina Panthers last Saturday, according to ESPN’s Jeremy Fowler.

Ravens coach John Harbaugh is worried about the 31-year-old’s condition.

“I haven’t heard a final thing yet,” said Harbaugh after the game. “I’ll have to say, unfortunately, it does not look good from what I was told during the game with a knee injury,”

Harbaugh said the artificial turf might be contributing to Fort’s injury. “I think it got stuck in that AstroTurf out there, unfortunately. So, we’ll get the final word probably tomorrow with an MRI.”

The 58-year-old coach spoke highly about Fort’s display and capability as a leader in the team.

“L.J. has been playing great [and] practicing great,” said Harbaugh. “He’s been leading our guys. I mean, nobody is … He’s in the weight room every morning at 5:30 [a.m.] … So, it’s going to be an unfortunate injury for him, if that’s where it turns out to be.”

Larry “L.J.” Fort played college football for the Northern Iowa Panthers and was signed by the Cleveland Browns in 2012. He played for seven teams before he came to the Baltimore Ravens in 2019.

Fort made his debut as a Raven in a 30-16 win against the Seattle Seahawks and registered six tackles. 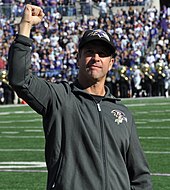