Wagner, along with teammate defensive end Takkarist McKinley, could be seen charging toward the male protester in the first half of the game. The man entered the field holding a device that emitted pink smoke late in the second quarter.

The individual made it onto the field with security on his tail. As he ran toward the Rams’ sideline, the duo was quick on their feet to knock him down with a big hit.

The game was briefly paused, and the male protester was escorted by security out of the field. The man was the second person who attempted to enter the field after the previous protestor, a female, was stopped by security earlier in the game.

Wagner said via ESPN that he was just trying to help security and wanted to keep everyone in the game safe.

“One of the guys on the other side, it looked like he got hurt, and security looked like he was struggling, so I was frustrated, so I took it out on him, Wagner said.

"I saw Bobby Wagner taking somebody out."

After the game, Direct Action Everywhere (DAE), an international animal rights activist organization, took responsibility for the act. The two people who invaded the game field were later identified as Allison Fluty and Alex Taylor — the latter was the one who got tackled by Wagner and was seen wearing a “RightToRescue.com” shirt.

The act came about a month after two DAE activists protested in the Rams’ season opener game against the Buffalo Bills. The same group was also responsible for the same stunt earlier this year in an NBA playoffs game between the Minnesota Timberwolves and Memphis Grizzlies in late April. 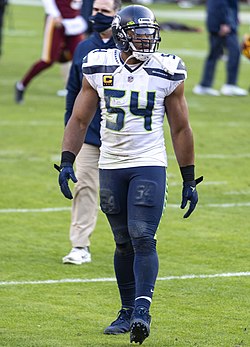 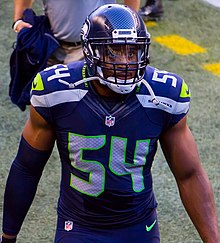 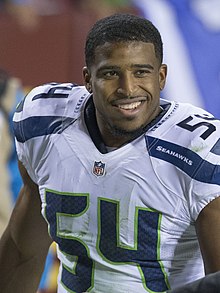 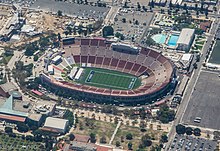 More info regarding the Smithfield trial and the undercover investigation that led to it [here.](https://www.righttorescue.com/sf-ut/)

Bobby Wagner delivered one of the biggest hits on a person who got onto the field.

More info regarding the Smithfield trial and the undercover investigation that led to it [here.](https://www.righttorescue.com/sf-ut/)