The Los Angeles Rams defeated the Indianapolis Colts 27-24 at Lucas Oil Stadium on Sunday. With the win, the Rams improve to 2-0, while the Colts fall to 0-2.

During the game, Colts quarterback Carson Wentz sustained an ankle injury after Rams defensive tackle Aaron Donald attempted a sack against the 28-year-old and he twisted his ankle.

The former Philadelphia Eagles player tried to stand up, but it was clear that he was limping and in pain.

Wentz told reporters that he instantly knew it was not good news for him.

“I could feel it underneath the pile right away,” Wentz said. “I think the guys around me could hear me yelling because it was rolled up on pretty good. It’s definitely frustrating. I tried to tape it up, spat it up, do everything I could to get out there and finish the game. It’s a bad feeling to not be out there, especially in that situation. You kind of feel like you let the team down a little bit. It’s definitely frustrating, but it’s football.”

“I kind of had a sense when we walked off the field because I saw that it didn’t look good,” Reich said. “The longer we were off the field there, it just stiffened up. He tried, but there was no chance.”

Wentz said he hopes the injury is not a serious one.

“I’ve sprained my ankle 100 times, probably since I was a kid,” Wentz said. “This one I just couldn’t play through at the end of the game. We’ll evaluate and do everything we can to get this ready to go for next week. I’m going to get this scanned as soon as I can and pray. Pray a lot that God can heal this thing and heal it quickly so I can be out here next week.”

The Colts will travel to Nissan Stadium to face the Tennessee Titans on Sunday. 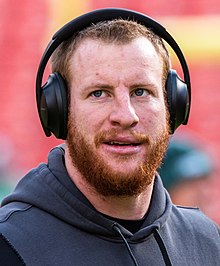 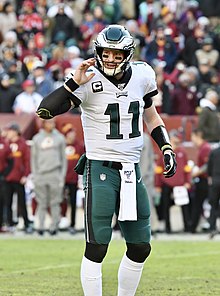 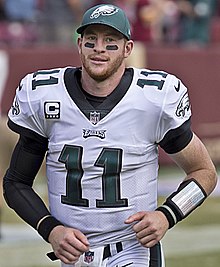 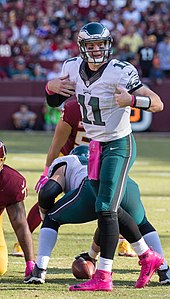 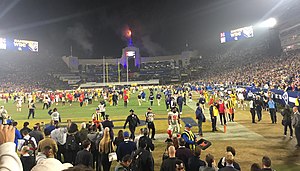