Oakland and Los Angeles Raiders Hall of Fame punter Ray Guy has died at the age of 72. His alma mater, the University of Southern Mississippi, announced his passing on Thursday.

The university said Guy died Thursday morning after battling “a lengthy illness.” He had been receiving treatment in a Hattiesburg-area hospice.

Guy is widely recognized as one of the greatest punters in NFL history. He was selected with the No. 23 overall pick in 1973 by Al Davis and spent his whole 14-year career with the Raiders — first in Oakland, then in Los Angeles.

He made the Pro Bowl seven times and was named to the All-Pro team three times. In 2014. He was the first player to enter the Pro Football Hall of Fame as a punter.

During his stint with the Raiders, Guy set a record of 1,049 career punts and led the NFL in gross punt average three times. He also had 210 punts inside the 20-yard line with only 128 touchbacks. He finished his career in 1986 with a streak of 619 punts without a single block.

In retirement, he was named to the NFL’s 1970s, and the NFL’s 75th and 100th Anniversary, All-Time teams. Today, the Augusta Sports Council gives the NCAA’s best punters an award named after Guy to honor his achievements.

Guy was one of the most versatile players in Southern Miss history. As a sophomore, he averaged 45.3 yards per punt, which was second in the United States, and 42.9 yards per punt in his junior year.

Former Raiders head coach John Madden said Guy was the best punter he had ever known.

“When we first drafted him, it was a heck of a choice. I thought then he could be the greatest in the league, but I changed my mind,” Madden said, as quoted by Southern Miss. “I think Ray proved he’s the best of all time.”

"The first time I laid eyes on him is when we first brought him to practice. And he started to punt, and he punted the longest, highest footballs that I had ever seen."

“I was a good athlete and could have been a Major League pitcher or an NBA basketball player, but I knew God had something special for me,” Guy said during his Hall of Fame induction speech. “And eventually one sport would stand out beyond the rest, and it did. Playing in the NFL with the Raiders was my destiny, and I never looked back or questioned my decision.”

"Ray was a warm, humble Southern gentleman who represented the game, the Raiders organization and the Hall of Fame with dignity and class at all times." 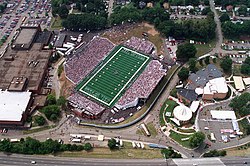 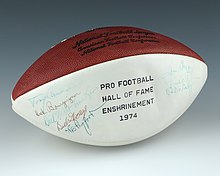 "That kind of bothered me because they were saying that's not a position, it doesn't take an athlete to do that, it's not important."