Baltimore Orioles outfielder Cedric Mullins revealed something very personal on Wednesday, announcing he has been battling Crohn’s Disease after first being diagnosed back in November 2020.

Mullins was diagnosed with Crohn’s disease, which is an inflammatory bowel disease that causes inflammation in a person’s gastrointestinal tract. The disease still has no cure until now.

The outfielder first felt discomfort in the Spring of 2020, but he believed he was only having food poisoning. His symptoms got worse. At the same time, fellow teammate, Trey Mancini had colon cancer. Mullins got worried and he went to a doctor who performed tests and made the diagnoses. He ended up with surgery where 10-15 centimeters of his intestines were removed.

“Using the bathroom and things of that nature felt uncomfortable,” Mullins said in a video released by MLB Players Media on Wednesday. “I was kind of concerned because we had just gotten word that Trey Mancini was going to be undergoing chemotherapy. There was a lot of worry.”

Mullins has received tremendous support from other athletes who also have Crohn’s disease, including free-agent reliever Jake Diekman, who said that he “couldn’t be more proud” of Mullins to have been able to talk about his disease openly and to raise awareness.

“I think it’s more important for people to not be afraid to get checked out,” Mullins added in the video. “That’s something that I’ve had a hard time doing.”

Mullins received MVP votes after becoming the only player last season to join the 30-for-30 club with 30 stolen bases and 30 home runs. The 27-year-old also received a Silver Slugger award for his strong play. 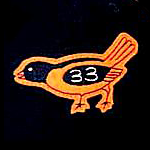 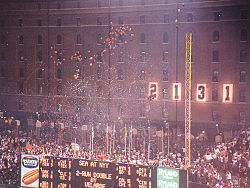 Sad to see, but the NL style of baseball may be going away: