Pro Football Hall of Famer Charley Trippi passed away at the age of 100 on Wednesday. The University of Georgia was the first to announce his passing.

Trippi was the oldest living Hall of Famer. He spent his entire professional career with the Chicago Cardinals from 1947 to 1955. The Cardinals selected Trippi with the No. 1 overall pick in 1945, but his short post-World War II military service delayed his debut until 1947.

Before the NFL, Trippi played for the Georgia Bulldogs (1942-1946). He was denied enrollment at four institutions because he was considered undersized. In honor of Trippi’s contribution to the program, the Bulldogs retired his No. 62 in 1947.

In his nine years playing for Chicago, the two-time Pro Bowler was among the best-performing stars in the NFL. One of his most notable feats came as a rookie when he helped the team (now the Arizona Cardinals) claim their first NFL championship title in 1947.

Trippi appeared in 99 NFL games before retiring on December 13, 1955, one day before turning 33. His retirement was tied to a severe tackle by the San Francisco 49ers’ John Henry Johnson. The incident left Trippi with a concussion, smashed nose and double vision.

“Charley Trippi will always enjoy a special place in the history of the National Football League, the Cardinals franchise and especially in the hearts of our family,” Arizona Cardinals owner Michael Bidwill said in a statement. “Our condolences go out to the Trippi family and especially to the University of Georgia community to which he had such a strong connection.”

"The greatest football player I have ever seen."

"If you know anything about his legend at Georgia, you know he was, perhaps, the greatest all-around football player on our campus."

At the time of his retirement, Charley Trippi was the all-time NFL leader in total yards by a player, and remains the only Pro Football Hall of Famer with at least 1,000 passing, rushing and receiving yards.

For many years (many years ago), I used to manage the @ProFootballHOF photo collection. This image of Charley Trippi who died yesterday at age 100 was always a personal favorite among the millions preserved in Canton. #NFL #History #ArizonaCardinals pic.twitter.com/NR8A7Q31Or

"Charley Trippi will always enjoy a special place in the history of the National Football League, the Cardinals franchise and especially in the hearts of our family. My grandfather signed him to be part of the 'Million-Dollar Backfield' and he was a key part of the Cardinals NFL championship team of 1947, my grandmother's first as owner and on which my dad was a ballboy. I had the pleasure of getting to know Charley in more recent years and hearing his stories from such an important time for the Cardinals and the NFL." 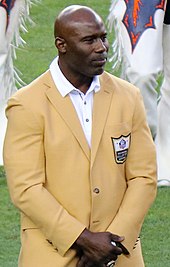 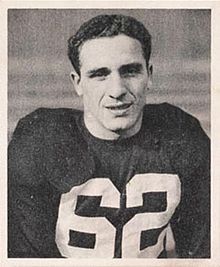 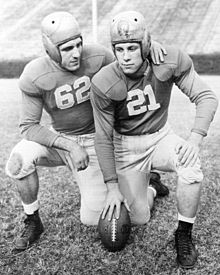 It's pretty trippy only Trippi got the triple.

A #DGD in every sense of the word. Charley Trippi is one of the all-time greats for the University of Georgia. Thoughts & Prayers go out to his family: https://dawgnation.com/football/georgia-football-charley-trippi-100/E73XGF2TQJE6NPQRRAWZB36ANM/…

Thought he was going to hang on till he was 1000

Of course, I never got the saw him play with this man was a credit to his country, his family, and ⁦@GeorgiaFootball⁩. Praying for his family.