Tuesday marked a pivotal point in the lives of two NBA prospects, Scoot Henderson and Victor Wembanyama. They performed in front of NBA stars, league executives, and roughly 200 scouts in a showdown between the French professional club Metropolitans 92 and NBA G League Ignite.

Both teams put on an impressive show in Henderson, Nevada, at Dollar Loan Center. Led by Henderson, initially predicted as No. 2 in the 2023 NBA Draft, Ignite bested the Metropolitans 92, 122-115.

While both teams played fiercely, the Frenchman and Co. were down early, 71-52 entering the second half of the game. Henderson had 28 points, five rebounds and nine assists. The victory made him the predicted No. 1 prospect in next year’s draft.

The game marked Wembanyama’s first time playing in the United States. He said he was exhausted as games in Europe are played for 40 minutes as opposed to the 44-minute format in the States. Wembanyama made 37 points on the night. He had zero assists, but had four rebounds.

Wembanyama’s multiple three-pointers were praised by spectators, with one highly impressed Eastern Conference NBA scout telling ESPN, “We’ve never seen anyone like him.”

Henderson also had a fair share of praises. Scouts marveled at his shots, dunks, and a reverse layup over Wembanyama early in the first half. The 18-year-old also displayed versatility, switching from being a point guard to a defender before being an active offense piece.

Both teams will play again in Henderson on Thursday at noon local time.

"Make whoever's in front of me not play basketball again. That's my mindset going into the rest of my career."

"When you have a special player like Victor, you cannot be surprised by what he does because regularly he's doing things that he did tonight that normal players can't do."

"We haven't seen it. There is nothing you can compare it to." 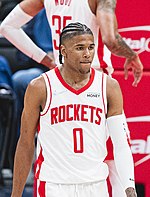 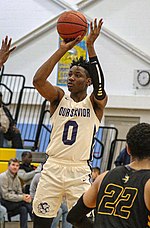