The Carolina Panthers and Cleveland Browns will play on September 11. Apparently, storms are brewing this week when Carolina’s newly appointed starting quarterback Baker Mayfield called out his former team with a bold statement.

After the Panthers’ thrilling 21-0 win over the Buffalo Bills, Mayfield said “I’m gonna f\*\*\* them up,” according to NFL Network reporter Cynthia Frelund.

“On the field, after the game against the Bills preseason Game 3 I walked over to him and told him, ‘I’m so excited to see you… go kick some butt, especially Week 1, I cannot wait,’” Frelund recalled of her exchange with the Texans.

“And he uses some expletives and I was like I just hope you’re just ready and he was like, ‘I’m gonna bleep them up.'”

Responding to the 27-year-old is his former teammate, defensive end Myles Garrett who happens to have a similar take but less explosive tone. Speaking to Cleveland.com’s Mary Kay Cabot, the three-time Pro Bowler said he looks forward to the upcoming matchup—and added that Mayfield’s attitude “works” for him.

“We’ll take it and we’ll use it. I’m hoping for a great matchup. I don’t think any less of him because he’s going out there and doing the same thing he did when he was with us. He’s the same guy personally, and maybe we’ll see a different Baker when we get on the field. Who knows?” Garrett said.

The Browns traded Mayfield to Carolina on July 6 for a 2024 conditional fifth-round draft pick. Since previous training camps with the Panthers, the Heisman Trophy awardee had shocked the sport’s enthusiasts with his progression with the team, most notable for defeating second-year QB Sam Darnold for the team’s starting position.

“We’ve known he has that type of demeanor and that attitude, and for better or for worse, it works for him. And I’m not mad at him using that fire and that chip on his shoulder to help him play to the level he has.” 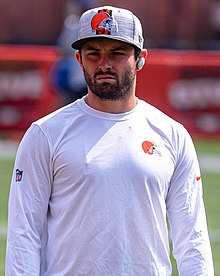 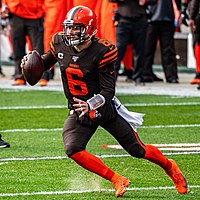 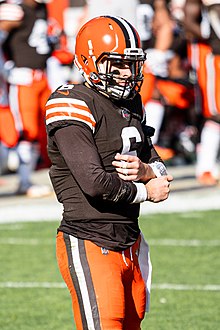 Myles Garrett reacts to Baker Mayfield saying he will 'f–k up' Browns https://trib.al/F9rPDya

"He has that type of demeanor and that attitude." Myles Garrett issued a much more mild comment than that of ex-Browns teammate Baker Mayfield.