Longtime MLB umpire Ángel Hernández appeared to have annoyed MLB enthusiasts this weekend during a game between the Philadelphia Phillies and the Milwaukee Brewers.

Known for his reputation as “MLB’s worst umpire,” the 60-year-old irritated a few nerves in Sunday night’s game at Citizens Bank Park.

The Cuban umpire missed 19 calls for an 85.3 percent correct percentage. This ranked him as the lowest-rated umpire of the day.

The game was mostly, pitching and umpiring, to say the least. Early in the game, Hernández called a strike made by Philadelphia shortstop Jean Segura that appeared to be a ball. This infuriated the Dominican professional, but not as much as his teammate outfielder Kyle Schwarber.

Hernández continued as he incorrectly called a strike on Schwarber at the bottom of the ninth inning despite it being a full count. The umpire’s blown call left the outfielder annoyed and directly slammed his bat to the ground.

Phillies manager Joe Girardi was visibly unhappy with Hernandez’s work on Sunday and he had one solution in mind, “robot ump,” the automated ball-strike caller.

“Well, I wouldn’t mind it. I wouldn’t,” Girardi told NBC Sports Philadelphia’s Jim Salisbury. “I’ve always thought that umpires should be behind the pitcher. I think you’re much better there (then behind the plate) and you’re more protected. They have to move to the side a little bit because they can’t have 20 concussions. It’s their livelihood, too, and I understand why they do it.”

According to Umpire Scorecards, Hernández’s called out strike accuracy is 77 percent and 11 out of 48 strikes called he made happened to be true balls. Meanwhile, the former World Series umpire’s called ball accuracy is 94 percent and five of 81 called balls were true strikes.

Hernández received 88 percent overalls on both accuracy and consistency. 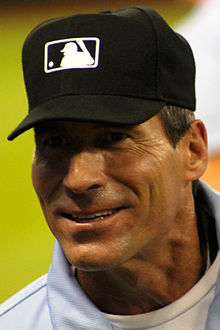 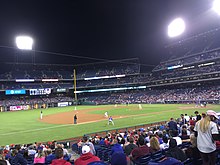 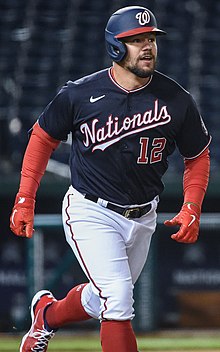