MLB Commissioner Rob Manfred stood his ground when asked about the controversial “The Chop” name for the Atlanta Braves.

The name itself derives from the motion of throwing a tomahawk, which has been criticized by members of the Native American community, including St. Louis Cardinals reliever Ryan Helsey.

“I think it’s a misrepresentation of the Cherokee people or Native Americans in general,” Helsley said during the 2019 postseason. “Just depicts them in this kind of caveman-type people way who aren’t intellectual. They are a lot more than that. It’s not me being offended by the whole mascot thing. It’s not. It’s about the misconception of us, the Native Americans, and how we’re perceived in that way, or used as mascots. The Redskins and stuff like that.”

Manfred does not believe the name is a derogatory term or slur for the Native Americans in general.

The City of Cleveland announced during the summer that it would discontinue the name “Cleveland Indians” and rename the team the “Cleveland Guardians” following the 2021 season.

“We always have tried to be apolitical,” Manfred added prior to the World Series game on Tuesday. “We have a fan base that’s diverse and has different points of view. And we’d like to keep the focus on the field, on the game.” 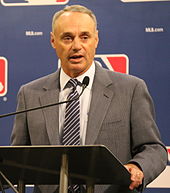 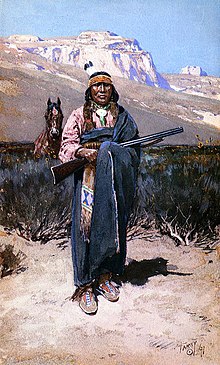 >"We don’t market our game on a nationwide basis." We know.

I just want to watch baseball

It’s never going to change because most Native Americans don’t care. They’re more worried about issues in their own community than a baseball team.

This is my only question(s): If you were walking down the street in a Native American reservation and saw a Braves fan across a crowded street, would you feel comfortable doing the chop and yelling the chant to them? Would you feel any embarrassment at all? Would you be ok with your child or your parent or your "not *really* racist" uncle doing it? I think for 95% of people, the answer is unequivocally that they would feel uncomfortable. Edit: clarification because yes and no mean different things depending on the question you thought I was referring to. People seemed to understand though.

The Indians and redskins absolutely needed to change their names. Braves and chiefs though? Stop. Just stop. It’s no different than the Patriots or Yankees.

> “It’s important to understand that we have 30 markets around the country,” Manfred added. “They aren’t all the same. ... The Native American community in that region is wholly supportive of the Braves program, including ‘The Chop.’ For me, that’s kind of the end of the story. In that market, we’re taking into account the Native American community.” What a tone deaf argument that is also blatantly untrue

The chop is corny as shit.

God damn this is a toxic ass thread.

Manfred needs to STFU. I always defer to how the marginalized group feels when this subject shows up. If they're offended, that's enough for me. And it feels like many of the tribes in Georgia don't like it. If Atlanta changes the name, I'll support it 100%.

This is dumb. Braves fans have been chopping for decades. Why is there a problem now?