Morale is not very high in the Pittsburgh Steelers locker room these days.

The Steelers just suffered another loss, this time to the Packers 27-17 in Week 4. That was Steelers’ third defeat in a row this season.

The position of Pittsburgh’s starting quarterback is rumored to be up for grabs as some changes need to happen in order to avoid a miserable season.

When asked if Ben Roethlisberger was suitable for the Steelers offense, head coach Mike Tomlin affirmed his trust in the 39-year old.

“Absolutely,” Tomlin said. “You know what he does and what he’s done makes me really comfortable in saying that.”

Roethlisberger has completed 62 percent of his passes this season with 12 touchdowns and eight interceptions.

On a separate occasion, Roethlisberger acknowledged the team’s poor run this season and vowed to come back stronger.

“I need to be better,” Roethlisberger said Wednesday. “I need to fight through and figure out how to make better decisions, how to make better throws, how to, you know, be a better football player. … I’m not going to quit. I’m not giving up on this season. No one in this building is. It’s still early, and there’s still a lot of fight left in us.”

But that’s not going to be easy since the two-time Super Bowl champion is currently dealing with discomfort on his hip.

“It’s pretty sore,” Roethlisberger said. “If I showed you the picture, you might not be too well to your stomach. It’s a little black and blue.”

The Steelers play the Denver Broncos this Sunday, and Roethlisberger wanted to show everybody that he is still here to compete.

“I know that I can play better football,” said Roethlisberger. “I believe in myself. I know that no matter what’s going on, I’m going to fight my butt off to get a win, and if that’s the way I need to lead right now, by showing these guys that I’m going to do everything I can to win a football game, I’ll keep doing that.” 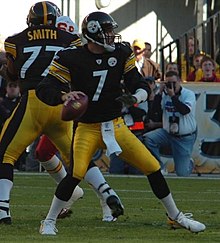 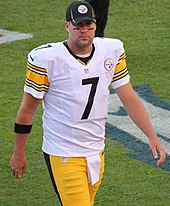 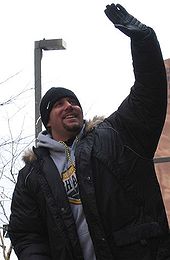 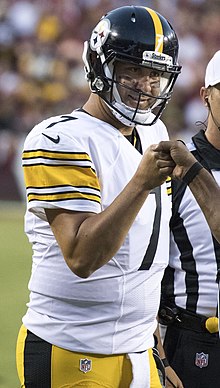 You just need to go on to the Great Big Bathroom in the sky, it's time.

Okay Ben, but that's exactly what everyone will expect. Have you tried being *worse* maybe?

Nah Ben you don't need to get better. You need to retire.

This ain’t the same Ben, old Ben could bring the team up with him, this one can’t and there’s not enough talent on the offense to do it and no where near enough depth or quality on the D to do it

I feel like we should get Ben a LifeAlert button. "I've hurt my hip and I have no o-line and I can't get up!"

Ben's walking boot is calling from his closet.

You need to be younger Ben, what the hell man?!