Timo Meier became the first San Jose Sharks’ player to score five goals in a game, which helped lead the Sharks to a 6-2 win over the Los Angeles Kings at the SAP Center on Monday.

According to NHL records, Mika Zibanejad of the New York Rangers was the last player to score five goals in a game, which came against the Washington Capitals on March 5, 2020.

“I can’t remember if I’ve seen a guy that hot,” Sharks coach Bob Boughner said. “… You could see guys looking at each other. It’s the way he scored them as well. The patience, the shots, picking the corners. Those goals were pretty goals.”

The first-time All-Star and sixth year winger finished with a hat trick in the first period after scoring twice in the space of 21 seconds.

Erik Karlsson contributed three assists, including the 500th of his career, and Ralph Balcers had one goal and an assist.

James Reimer, who made his first start in net since January 4 for San Jose because of a lower-body injury, had 39 saves. 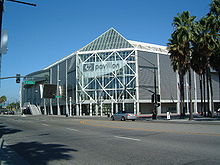 Timo Meier became the first Sharks player to score five goals in a game when he did so in a 6-2 win against the Kings.

Everyone is still buzzing about NHL All-Star @MeierTimo's five-goal game. Here's was @SanJoseSharks players and coaches had to say:

Congratulations to Timo Meier scoring 5 goals in a game!

Luka And The Mavs Terrorize Suns In Game 7