The Cleveland Browns did just fine without their star wide receiver Odell Beckham Jr. as they dominated the Cincinnati Bengals 41-16 at Paul Brown Stadium on Sunday.

OBJ was released earlier this week as the Browns reportedly had grown tired of his attitude and trade demands.

“It was a long week — I’d be lying if I said otherwise,” Cleveland QB Baker Baker Mayfield said. “Proud of these guys and how they were able to focus and do their jobs. We’ve got a good group. We really do. We played for each other. It’s just the type of team we have. I trust the guys in this locker room. I’ve said it over and over again, and I truly mean it.”

Previously, Mayfield was caught up in a drama after a compilation video surfaced on social media that showed him seemingly refusing to pass to Beckham in several games. He has said he doesn’t have any hard feelings toward Beckham.

“I wish him well,” Mayfield said. “He’s a good friend of mine. We still haven’t talked, but that doesn’t change things. I wish him the best in his career, but I’m worried about the guys in our locker room.”

Mayfield finished they game completing 14-of-21 passes for 218 yards and two touchdowns.

Meanwhile, Browns coach Kevin Stefanski was pleased with how his team played against Cincinnati.

“It was a great team win to come down here and get a road victory,” Stefanski said. “I thought it was hard-fought. It was never perfect, as they never are, but just how hard the guys played against what I think is a really good football team, a team that I think was playing good ball. So I was proud of those guys for how they performed.” 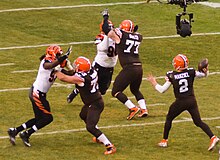 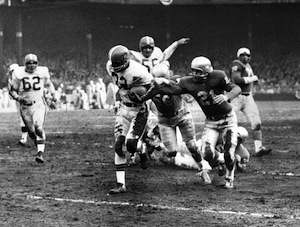 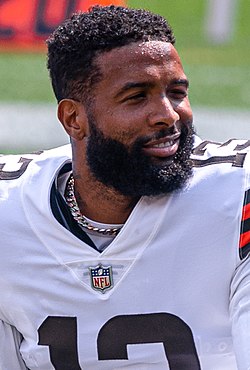 On Baker Mayfield and the #Browns without Odell Beckham Jr., turnovers, and other takeaways from the #Browns 41-16 blowout of the #Bengals (video)

In a week that could have brought the #Browns down, they didn't flinch.