Dallas Mavericks living legend Dirk Nowitzki was honored at American Airlines Center on Wednesday night when his No. 41 jersey was raised up to the rafters and retired.

The event was made even better when the Mavericks took the floor and defeated the Golden States Warriors in an impressive performance, 99-82.

“I almost made it through without getting emotional,” Nowitzki said prior to the banner-raising ceremony. “But you guys get me every time.”

The 43-year-old Nowitzki played all 21 seasons of his career with the Mavericks, surpassing the late Kobe Bryant’s previous mark of 20 with the Los Angeles Lakers.

In addition, Mavs owner Mark Cuban and NBA Commissioner Adam Silver were among the guests who attended the ceremony and gave their remarks about Nowitzki.

“We did this not because you won us a championship,” Cuban said. “This is because of who you are, what you’ve done and we always want to recognize greatness forever more. Thank you.”

“You’re somebody who’s been a pioneer for international players,” Silver said about the German-born player. “So many players on the court tonight grew up watching you. International players used to be something different in this league.”

Nowitzki is sixth on the career scoring list of all time with 31,560 points. The 14-time All-Star also brought the NBA championship to Dallas in 2011, and leads the Mavericks in career three-pointers, rebounds and blocks.

The 2007 NBA MVP and 2011 Finals MVP is the fourth Dallas player to have his number retired. Brad Davis, Rolando Blackman, and Derek Harper are the other three. 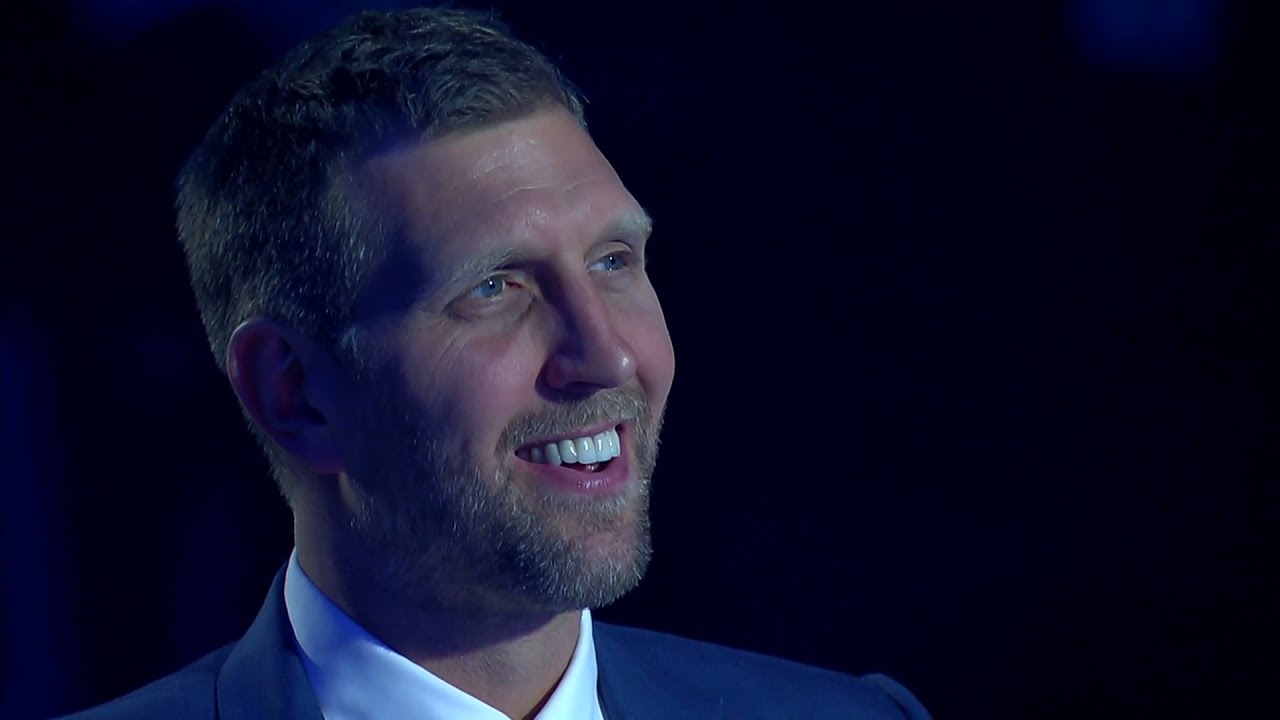 “We’re giving out 10-days, want to come back?” - Jason Kidd asks a hilarious question to Dirk Nowitzki on his jersey retirement night