Family man and basketball superstar LeBron James can be seen in Vanity Fair’s upcoming October issue, along with his wife, Savannah, and their children, Bronny, Bryce, and Zhuri. The family is shown posing for a glamorous and extravagant set of family portraits.

In one of the snaps, King James can be seen wearing a light purple tuxedo close to Zhuri, with Savannah to his left in a fancy gown, and two sons wearing matching black tuxedos. The set around them is decorated with an elegant dinner table.

In the second picture, the NBA veteran is relaxing in the pool with Bronny and Bryce, and another picture shows the family playing basketball together.

Meanwhile, in a seemingly more relaxed picture, the entire family, as well as James and Savannah’s parents, are shown all wearing pajamas.

Sharing stories about the four-time NBA champion’s household, reportedly the family portrait was their first-ever photoshoot, with Savannah calling it a “dope family” and was simply keen to share the family’s bonds and “quiet dynamic at home.”

“There’s King’s and Queen’s/Royalty in America as well and I hope I can be one of the ones who showcase that on a daily basis,” James wrote on Instagram.

However, King James’ royal-like shoot was not accepted well among some of the NBA community on Twitter, with some calling him “Lesophisticated” and dubbing the family the “Kim Kardashian of the NBA” over their lavish family portrait. One Twitter user pointed out that the 37-year-old should have a reality show called “Keeping up with the James’” once he retired from the NBA.

Others, however, appreciated Vanity Fair’s exclusive cover shoot surrounding the 18-time All-Star who is entering his 20th season of playing in the NBA.

Although James and his family seemed to have no intentions of pursuing the Kardashian-like level of appearances on TV and social media, it is undeniable that the NBA star’s household has established itself in the public eye — especially after James declared that he wanted to wait to wrap up his NBA career when he can share the court with his two sons.

"There's King's and Queen's/Royalty in America as well and I hope I can be one of the ones who showcase that on a daily basis."

"With LeBron being their dad, it’s just automatic,' the mom-of-three said of her kids gravitation to the spotlight. It’s not something we’ve pushed or told them that they had to do, or anything like that. It just happened." 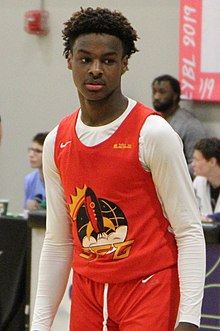 “Kim Kardashian of the NBA”: Fans Destroy Billionaire LeBron James as He Flexes ‘The Royal Family’ of the League in Latest Exclusive with Vanity Fair http://dlvr.it/SYJz44 #Basketball #NBA