Joe Thomas weighs in on Baker Mayfield, says the QB ‘overplayed his hand’

Joe Thomas weighs in on Baker Mayfield, says the QB ‘overplayed his hand’

Everyone is still waiting for what will happen to Cleveland Browns’ quarterback Baker Mayfield following his trade request earlier this month. One former Browns’ player thought that Mayfield could have handled the situation better.

“It seemed like Baker overplayed his hand a little bit,” former Cleveland offensive tackle Joe Thomas said on his podcast “The Thom and Hawk Football Show.” “Because the interesting thing was at that moment, the Browns were out of the Deshaun Watson sweepstakes. And it seemed by all accounts that they were ready to do what it took to smooth things over with Baker.”

Thomas then addressed the rumor that said Mayfield wanted to be traded to Indiana.

“He got a little sensitive about it, he got a little emotional,” Thomas continued. “He went radio silence on the Cleveland Browns and said ‘You have to trade me to the Indianapolis Colts,’ thinking he was perceived as a franchise quarterback in the NFL and that he could kind of dictate the terms of where he was gonna be traded.”

Meanwhile, another rumor stated that Mayfield rejected a contract extension offer of $30 million per year before the 2021 season. A Browns’ insider gave an update on the rumor. 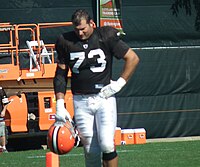 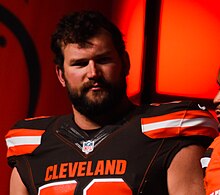 Baker fucked himself playing injured and IMO FO and HC let it happen. Gave him enough slack to hang himself

I think everyone's going to be on Baker's "list" by the end of this off-season except for his family. Joe is 100% correct though. No teams are willing to pay Baker $18m next season, but the Browns offered him $30m. Horrible idea to pass that up.

It’s honestly nice to see people that have all the information that started back in January about this whole situation, baker tried to take advantage of a situation where he thought he had leverage, when we signed Watson that blew his plan to bits, he was using his leverage to get a bigger contract, he assumed we were going to sign Kirk cousins, our organization knew he was sitting out back in February, how’s that for a Browns quarterback that was supposed to be our future, we wouldn’t of known any of this without MKC.

Oh, the Baker Bros are not gonna like this post/article. How you gonna disagree with Joe Thomas, one of the most likable Browns from the past 20+ years?

I mean, Baker never had any leverage in this situation.

Baker Mayfield has no hand

Thomas is 100% right. The browns probably would have let Baker play out his contract if he didn't say anything. But he spooked them so the front office felt they had no viable option but to go over the top with Watson.

They didn’t offer him a long term contract after he won the playoff game. That should tell you everything.