Jim Harbaugh to remain at Michigan

Jim Harbaugh to remain at Michigan

Jim Harbaugh is always on the move as he seeks new challenges for bigger opportunities. However, we won’t find his new challenge as the new head coach of the Minnesota Vikings.

“No offer of the job was made to Harbaugh,” a Viking’s decision-maker said, as reported to the associated press.

The Vikings hired Los Angeles Rams offensive coordinator Kevin O’Connell for the job instead after firing Mike Zimmer after experiencing a second straight losing season. The team was also aiming for New York Giants defensive coordinator Patrick Graham, although both Harbaugh and Graham were crossed from the candidate’s list in the end.

On the bright side for Harbaugh, his current team, Michigan, is on the rebound. After a rocky run with the Wolverines, he finally beat Ohio State this year, to win the Big Ten title and advance to the college football playoffs.

Harbaugh, 58, coached the San Francisco 49ers from 2011-14, leading them to the NFC championship game three straight years and the Super Bowl in 2013, which he lost to older brother John Harbaugh and the Baltimore Ravens. 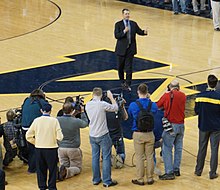 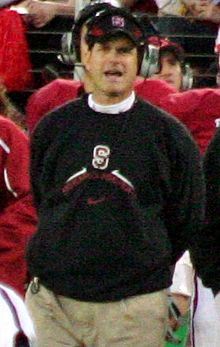 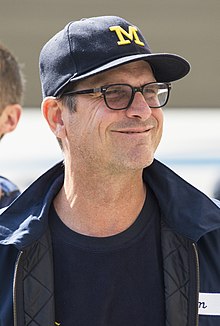 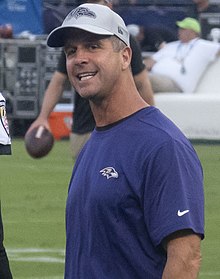 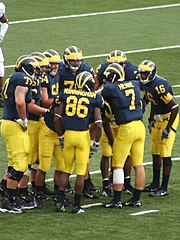 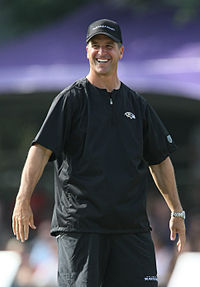 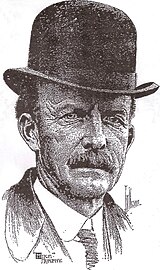 The fact that he's been upfront is a good point. How many times do we hear about college coaches insisting they have zero interest and they're scheduling interviews between recruiting visits.

I get the frustration of it all. I'm ready for the whole saga to be over with. Go, stay, just let's have an answer and go from there. That said, I don't think any animosity should be put on Harbaugh or Michigan for how this is all going down. By all true insider accounts, Michigan has been giving Harbaugh competitive offers, and it's not what Michigan is (or isn't) offering that's having him still seeking another job. It's the NFL that he has the shot to coach in, and he's a damn good NFL head coach. As much as Michigan likes to boast about its vast, successful history -- 11 national championships, winningest team in all of college football, etc. -- it's not the pinnacle of coaching destinations. At least, in the US, that belongs to coaching in the NFL. It's something that Harbaugh has a chance to do, and I'm not salty that he wants another crack at a Super Bowl. I fully trust that when Harbaugh said he'd coach for free that he meant it. As has been said, Harbaugh has been pretty well open about this to those that need to know. Hell, there's been no need to track flights or play Where's Harbaugh. He's not doing this in secret, and he doesn't owe it to us in the public to tell us exactly what he's doing. And no, he's not treating Michigan as a backup destination. You can love your job while still aiming higher, and it's silly to think that he should quit a job he has and enjoys just because he's looking elsewhere. If you're worried about recruits not coming to Michigan because of an uncertain future, what do you expect is going to happen to the current players if their coach does leave? At this point, Harbaugh is 58, and the NFL is skewing younger at the HC position. This is probably his last real opportunity to get a head gig in the NFL again. We don't have to like it, and I certainly don't, but I'm not going to have any animosity towards Harbaugh now or if/when he does leave.

The kids do all the work and some old guy with absolutely no perspective makes all the money.

Then there @CBSSports version of the story. I’m feeling your version @CourtneyRCronin