Former Philadelphia Eagles head coach Doug Pederson is set to make a comeback to the NFL with the Jacksonville Jaguars.

According to ESPN’s Adam Schefter on Thursday night, information about the deal came from an insider who reported it to ESPN.

The 54-years old Pederson is set to return to the NFL after he was fired from the Eagles last January only three years after he led the Eagles to its first Super Bowl win.

“Doug Pederson four years ago won a Super Bowl as head coach of a franchise in pursuit of its first world championship,” Jaguars owner Shad Khan said in a statement. “I hope Doug can replicate that magic here in Jacksonville, but what is certain is his proven leadership and experience as a winning head coach in the National Football League. It’s exactly what our players deserve. Nothing less.”

Pederson spent five years in Philadelphia and they parted ways due in part about power, directive, and impatience Pederson had with the team. Pederson wanted to have a say on who were going to be his assistants and who could stay on the team. However, Jeffrey Lurie, the Eagles owner, did not allow it.

According to ESPN, following the firing of Urban Meyer, the Jaguars had interviewed 10 candidates to fill the vacant position. 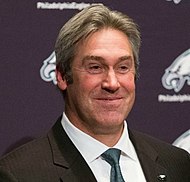 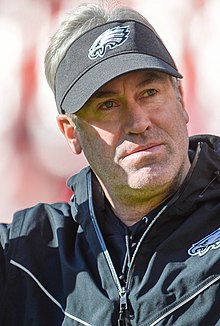 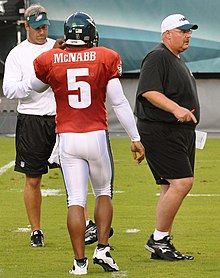 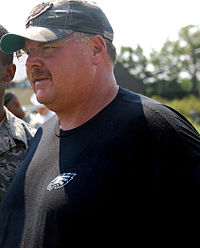 Anyone here buy a leftwich jersey when they reported he was going to be coach?

Not an Eagles fan so I don't know the ins and outs of the Pederson hire, but he seems a lot better than what I expected Baalke to be able to reel in. Congrats Jags?

But who's going to be the GM?

Harbaugh would have been perfect for them. Did they even interview him?

Pederson, the former Philadelphia Eagles head coach who led the franchise to a Super Bowl title during the 2017, was the first candidate the Jaguars interviewed last month.

what the hell why not

Is that Josh McCowan in the background?

Good luck to him dealing with Baalke