Baker told the media that he had believed the title would eventually come to him.

“I knew it was gonna happen sooner or later,” Baker said to ESPN. “Stay around long enough, it’s gotta happen.”

The Astros hired Baker in 2020 to replace A. J. Hinch, who had been let go over the 2017 cheating scandal. He took over the team amid the COVID-19 pandemic, leading Houston to the postseason as a wild-card team.

Baker quickly became a fan favorite and led the Astros to their second World Series title to clean up their image.

Baker said that the team had always been motivated by the controversies surrounding their 2017 championship title, as well as the Fall Classic defeats to the Washington Nationals and Atlanta Braves in 2019 and 2021.

“I think that’s what drove this team,” he said. “That’s what motivated them. The boos and the jeers that we got all over the country, it bothered these guys, but it also motivated them at the same time. And it wasn’t an ‘us against the world’ thing. It was more of a ‘come together even closer’ type thing.

“And what happened before, it doesn’t ever pass over completely. But we have turned the page and, hopefully, we’ll continue this run.”

“Had this happened years ago, I might not even be here. So maybe it wasn’t supposed to happen so that I could hopefully influence a few young men’s lives and their families and a number of people in the country through showing what perseverance and character can do for you in the long run.”

He Finally Did it!

Dusty Baker almost won his first World Series as a manager with the San Francisco Giants in 2002, after which he had stints at the Chicago Cubs, Cincinnati Reds, and Washington Nationals. He is the only manager in MLB history to have led five different teams to the postseason. 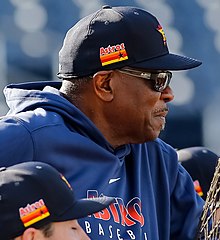 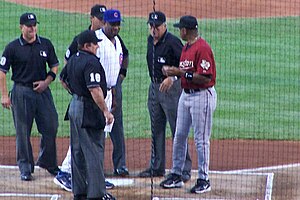 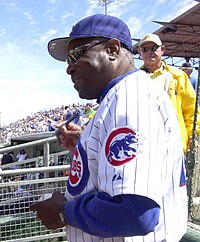