The four players who took the stand on Tuesday were pitchers Matt Harvey, Mike Morin and Cam Bedrosian alongside first baseman C.J. Cron. All four testified and described their drug use three years ago.

Federal prosecutors claimed that Kay obtained drugs for players at a certain time from 2017 to 2019. Kay is facing drug distribution and drug conspiracy charges.

Skaggs’ widow testified about the last time she saw her husband and the last text she received before he was found dead.

“I’m sorry, guys,” Carli Skaggs said. “This is just really hard for me.”

Prior to Skaggs’ emotional testimony, the four players spent the morning explaining about drug use and how they got their drugs from Kay and other sources. They also added that oxycodone and Tylenol were common in the sport.

When asked about the danger of mixing alcohol and oxycodone, Harvey and Morin said they were aware. Harvey then continued that he wished he had asked Skaggs to be more careful.

Harvey found Skaggs dead when he woke up on July 1, threw away his remaining oxycodone pills before knowing Skaggs’ cause of death.

Kay faces a minimum sentence of 20 years in prison on the distribution charge resulting in death. In addition, the conspiracy count carries a maximum of 20 years.

Prosecutors had physician and toxicologist Dr. Stacey Hail from Dallas, Texas, testify. Dr. Hail strengthened the government’s accusation that it was the fentanyl that the late pitcher snorted that was the cause of death.

Hail’s statement is key for the prosecutor following the autopsy result classified the cause of death as accidental from the mix of alcohol and drugs. 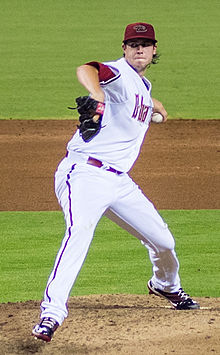 Harvey said he ingested the drug in the L.A. Angels stadium along with Tyler Skaggs, a teammate who died of a fentanyl overdose in July 2019.

Harvey said he ingested the drug in the L.A. Angels stadium along with Tyler Skaggs, a teammate who died of a fentanyl overdose in July 2019.