On Wednesday, Formula 1 president and CEO Stefano Domenicali confirmed in a news release that Las Vegas will be included in F1’s 2023 racing calendar.

“This is an incredible moment for Formula 1 that demonstrates the huge appeal and growth of our sport with a third race in the US,” Domenicali said. “Las Vegas is a destination known around the world for its excitement, hospitality, thrills, and of course, the famous Strip. There is no better place for Formula 1 to race than in the global entertainment capital of the world and we cannot wait to be there.”

Domenicali did not specify the exact racing date for the Las Vegas Grand Prix, other than the race on the Strip is set to take place on a Saturday evening in November.

With the addition of Las Vegas to the F1 racing series, the United States now has three GPs, namely Austin and Miami set to debut in May this year.

The race itself will take place on a 3.8-mile long circuit with a total of 50 laps, 14 turns and three main straight aways.

According to reports, revenue made from sponsorship deals, ticket sales, and others could make each F1 race worth roughly $1.3 million. Moreover, if the deal in Sin City runs well, say for 10 years, the event would value at $1.3 billion.

An insider told the Daily Mail that city authorities are more than excited about the deal.

“The local authorities have taken the view that any disruption the race will cause to the area is well worth the trouble. They will make money hand over fist in the casinos, hotels, and restaurants. It is good for business all round. That is the conclusion all parties have come to,” the Daily Mail report reads. 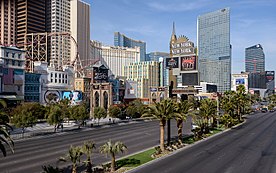 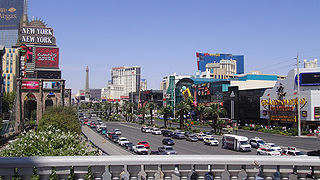 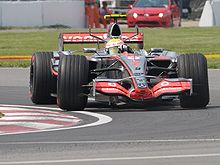 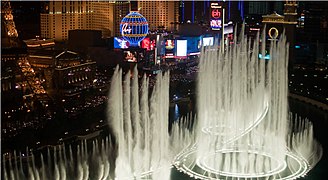 The comments on this on r/formula1 and twitter have truly been hilarious. However this layout looks solid (better than the “leaked” one) and this is going to be one amazing event

Cool layout, but man it sucks seeing IndyCar get scooped by F1 on its own turf.

This is actually pretty cool. I don’t know how good the race itself will be but any race under the lights in Vegas will be an attraction

I like this but im a bit worried about 3 races in the US. I feel F1 is trying to capitalize on now and it'll over saturate.

I don’t know a series and city better suited for each other.

Wow. Can't believe they're putting it in the heart of the Strip, on a Saturday night, when it's already normally wild. The optics will be great. RIP to the Palazzo/Venetian/etc. guests getting to the hotel. Can they even park their car?