David Beckham has long dreamed of building a new home for his Inter Miami Major League Soccer franchise, and on Thursday night he got one step closer to seeing it come to fruition.

At a meeting at Miami City Hall, five commissioners gave their approval to lease the land at Melreese Country Club for the project. The $1 billion new stadium will be located near Miami International Airport, and is expected to open to the public in 2025.

Beckham is not alone in this dream. Inter Miami boss Phil Neville and the fans also hoped that they could watch their club play closer to home.

Though the former England captain was not at the meeting, sporting director Chris Henderson assured everyone that he was following the project’s every move.

“David has been following everything very closely,” Henderson said. “We are really building something here and because of David’s involvement, the brand has always been big and, of course, this will just increase that.”

The golf course at Melreese is currently home to the only public golf course in the city. It will soon be transformed into the stadium complex, which will be named Miami Freedom Park.

The state-of-the-art stadium, which will have 25,000 seats, aims to be a multi-functional venue for the public.

The complex will also include a brand new 750-room hotel, a technology hub, one million square feet of office space, and a 58-acre field complete with soccer pitches. This massive project will help create around 15,000 jobs for people in Miami as well.

"a once in a lifetime opportunity" 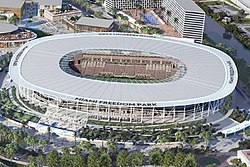 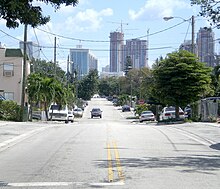 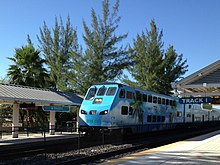 Haven't been keeping up with this. What's the deal with their stadium? We came into the league at the same time and our stadium is opening on Sunday.

Miami basically has until September 2022 to start the process to have a stadium ready by opening day 2025. It still is possible, but seems slightly unlikely.

Basically the backers are getting a huge chunk of land from the city.