The 22-year-old became the team’s fourth player to hit 50-plus points in a game, joining the ranks of Kyrie Irving, LeBron James, and Walt Wesley.

Twenty-seven points of Garland’s first career 50 came in the fourth quarter. He also closed the first half with a three-pointer and finished the game with six.

“I didn’t even know I had 50 until I went to the bench,” Garland said. “No one told me and I wasn’t paying attention to anything, except trying to win the game.

“That’s the great thing about this group of guys. No one cares about individual numbers. It’s all about the team.”

Statistically, it was the first 50-point game by a Cavalier since 2017. It was also the first in the NBA this season and the 17th in NBA history where a player scored at least 50 points and 10 three-pointers, with Garland being the youngest to do so.

Alas, Garland’s feat could not save the team. The Cavaliers sustained its fourth consecutive defeat and fell to 8-5.

Cavs coach J. B. Bickerstaff admitted that the team had started slow, and Garland had been the one who continued to strive to push for the win.

Cleveland faced Minnesota without Donovan Mitchell and Jarrett Allen due to ankle injuries.

Next, the Cavaliers travel to take on the Milwaukee Bucks on Wednesday.

“Garland is a phenomenal young player, and he got super hot. When guys like him get hot, there is no shutting them down, so you’ve got to really, really work. But I’m not here to be super picky with our guys after a win.” 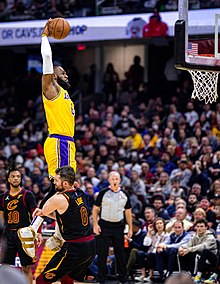