After suffering a compound ankle fracture and dislocation in Week 5 last season, Dak Prescott returned this year and led the Cowboys to an 11-5 record and a division title.

As a result, Tipico Sportsbook has Prescott as the -135 favorite to win the NFL’s Comeback Player of the Year title.

For the second time in his career, Prescott has passed for over 4,000 yards and has 32 passing touchdowns and a 68.4-percent completion rate. He has been just as good, if not better, since he was injured, and his performance has contributed to the team’s success.

The other candidate for the title is Cincinnati Bengals’ quarterback Joe Burrow, who tore the ACL and MCL in his left knee last year, and sustained other issues in Week 10. He’s bounced back to have an amazing season to lead the team to the playoffs, just like Prescott. 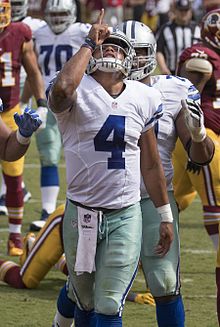