A federal jury deliberated and found that Los Angeles County must pay Kobe Bryant’s widow, Vanessa Bryant, $16 million over photos that showed the Los Angeles Lakers star’s body at the helicopter crash site that killed him in 2020.

A total of nine jurors reached a unanimous decision on Wednesday and agreed that the sharing of Kobe’s crash site photos that showed the remains of him and their 13-year-old daughter, Gianna Bryant, without permission from the family invaded her privacy and caused emotional distress.

The Associated Press contributor Andrew Dalton in his reporting wrote that Vanessa also delivered strong testimony during the 11-day trial that the constant circulations of her husband’s and daughter’s photos made it very difficult for her to mourn and she still has panic attacks at the thoughts that “they could still be alive.”

Luis Li, Vanessa Bryant’s legal counsel, gave his arguments to the jurors that the close-up photos became “visual gossip” and they were shared just out of a curiosity. On the other hand, LA County attorney J. Mira Hashmall argued that the photos were important and necessary for aiding the investigation.

The trial also revealed that the pictures were shared mostly between the County sheriff’s employees and fire departments. Some of the people at the time were even playing video games and attending a banquet.

Those same photos were also seen by some of their spouses and the court also found that a bartender saw the photos as well at a bar where a deputy was drinking.

Vanessa Bryant’s attorneys initially did not specify the numbers of dollars to the jurors, but Chester’s attorney gave them a rough estimation according to suggested guidelines that the numbers could be tens of millions for each plaintiff.

The other victim on the crash site, Chris Chester, who also lost his wife and daughter, was awarded $15 million.

Kobe Bryant, alongside Gianna and seven other people, were on their way to a youth basketball game in a helicopter when it crashed into hills in Calabasas, Los Angeles on January 26, 2020.

"Ladies and gentlemen, you can't overpay for what they've been through." 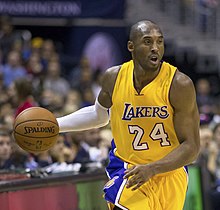