Houston can celebrate after the Astros completed its three-game series against the Tampa Bay Rays with a 3-2 victory at Minute Maid Park on Thursday.

“That was the hardest but greatest year ever for me,” Baker told his team in the clubhouse post-game. “Thank you, guys. I know I ain’t been in here much after the game with y’all celebrating but tonight, man, is a special, special night. I just want to thank God for you guys and thank God for everything that’s happened. I love you guys, man.”

After that, all the team members immediately showered Baker with champagnes from all sides. Later, the 72-year-old did a “shoey,” where he drank champagne from his shoe.

“There’s a lot of negative out there but there’s also a lot of people for us,” Baker said. “You can’t worry about the negative. You have to dwell on the positive and you’ve got to believe. Tommy Lasorda used to always say, ‘You got to believe,’ and that’s what this team does. This team believes.”

Houston shortstop Carlos Correa hit a three-run home run in the fourth inning that clinched the win against the Rays. It was his 25th of the season, a career high.

“I said, ‘Let’s go! We got to clinch this today!'” Correa said. “Obviously I get a little hype when I hit important homers, as you know, so it was a special moment.”

The Astros will open the AL Division Series on October 7 against the Chicago White Sox. 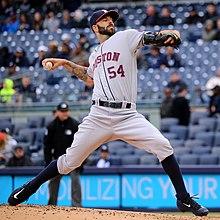 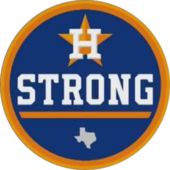 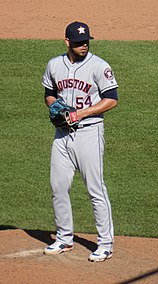 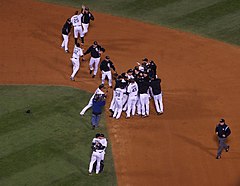