Atlanta Falcons Cordarrelle Patterson has set the record for most kickoff-return touchdowns in NFL history with his ninth kick return for a TD in Atlanta’s 27-24 win over the Chicago Bears on Sunday.

The 103-yard kick return came in the second quarter of the game when Patterson returned a kickoff from Atlanta’s end zone and cut past a group of Bears’ tacklers at the 30-yard line before pulling away near midfield.

He sprinted the rest of the way after running between Elijah Hicks and Cairo Santos at the Falcons’ 45-yard line. At the Bears’ five-yard line, Hicks almost tackled Patterson from behind, but his diving attempt missed.

“I was telling some guys on the sideline, like, ‘Who was this guy?’ He was like 10 yards back, this little (guy) is fast. I’m glad he didn’t get me, man. He did a good job trying to get me,” Patterson said.

The touchdown was his ninth on a kickoff return in his career, the most in NFL history.

Patterson was eager about recording more kick returns before the 2022 season, saying he had a record to break.

“I’ve got a record to break, man,” Patterson said in July. “I need one more before I can hang it up being back there, man. If I get one more, I’ll stop doing it.”

His latest touchdown snapped a tie he shared with Josh Cribbs and Leon Washington for eight kick return touchdowns.

Patterson and the Falcons will face the Washington Commanders at FedEx Field in Maryland on November 27.

"I'm just thankful for the opportunity to be in the record book. I'm not finished yet. I've got a lot of football left in me."

During a game against the Green Bay Packers in 2013, Patterson tied the NFL record for longest play and set the NFL record for longest kick return of 109 yards, the longest possible. He is considered one of the greatest return specialists in NFL history, with a league record nine kickoff’return touchdowns in his career, a total of six of which have been longer than 100 yards. 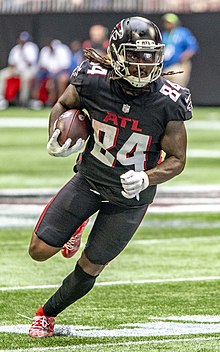 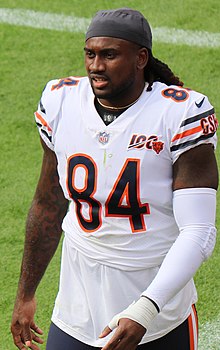 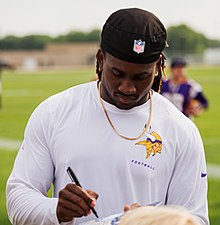 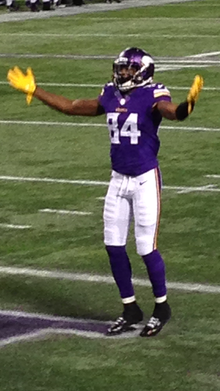 Cordarrelle Patterson is from another planet. #DirtyBirds #Falcons @Sportsnaut

Your tweet was quoted in an article by ESPN