Indianapolis Colts linebacker Darius Leonard said that he would not talk trash to Tampa Bay Buccaneers quarterback Tom Brady out of respect, simply because of what he has achieved during his stellar NFL career.

The Colts were recently defeated 38-31 by the Bucs and Leonard revealed how much he admired the seven-time Super Bowl champion on an episode of “Hard Knocks In Season: The Indianapolis Colts.”

The 26-year-old has been selected All-Pro three times, is a two-time Pro Bowler, and was the 2018 NFL Defensive Rookie of the Year. Despite his achievements, he refused to perform his usual celebration after punching the football from Chris Godwin during his team’s 38-31 loss to Tampa Bay.

Colts defensive line coach Brian Baker clearly also recognized just how fierce Brady is and how significant it is to take him down. During the same episode, Baker explained his side’s strategy to contain the GOAT, by putting as much pressure on him as possible.

“What’s the most important thing? Hit this guy!” Baker said to his team while watching a recording of Brady. “Make him get up to see completions. Hit this guy! Hit this guy! Pressure in his face first, collapse on the sides. Make him throw out of a coffin. Make him think he’s back in his hyperbaric chamber thing that he sleeps in.”

The Colts travel to Houston to face the Texans this Sunday. 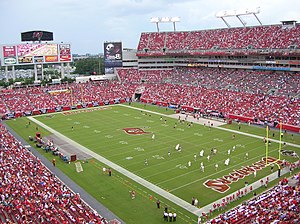