The Los Angeles Chargers and the Las Vegas Raiders are gearing up for a Week 18 showdown that will have significant playoff implications for both teams, as a win by either team advances that team into the playoffs, while the other team’s season is over.

However, in a wild playoff scenario, both teams would make the playoffs if the Jacksonville Jaguars beat the Indianapolis Colts, and the Baltimore Ravens win or tie against the Pittsburgh Steelers.

When asked about it, head coach Brandon Staley wasn’t entertained with the idea and offered his insight into the Chargers-Raiders game.

“That’s a pretty loaded scenario,” Staley said on “The Rich Eisen Show” this week. According to him, the Chargers and Raiders both have ‘respect for the game,’ and neither team could accept doing something like that. I think we all respect the game and the NFL shield and the integrity of this game far too much to be complicit in something like that.”

Staley assured the audience that the team would play their best and would be proud of whatever result they got. In addition, he also hoped that all NFL lovers and fans could be proud of the result of the Sunday game as well.

The Chargers head coach has been in the news this season for how aggressive he is on fourth downs, so this answer shouldn’t surprise anyone. 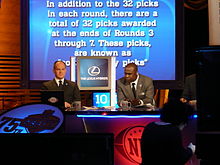 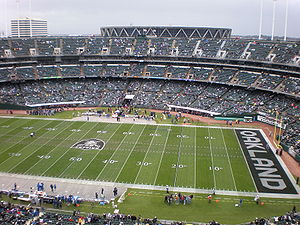 Can you imagine if they actually do tie but not on purpose. The conspiracy theories would never end

This has to be one of the dumbest speculation stories I've ever seen. This is one of those things that shouldn't need to be asked because it's obvious no team would ever do this.

>"That's a pretty loaded scenario. That is an all-time coffee shop scenario," Staley told The Rich Eisen Show on Tuesday. "I feel like I'm with my buddies at the University of Dayton. I think we all respect the game and the NFL shield and the integrity of this game far too much to be complicit in something like that. This game matters too much to too many people, and we want to play our best and be proud of the result one way or another. We're going to do everything we can to go win this game, and play the way we're capable of playing. I hope all the fans and everybody who loves the NFL will be proud of the game on Sunday."

The only scenario where this might actually happen is late in OT when both teams realize that going ultra conservative might not be the worst idea (aka a untimely TO or kicking it to the other team might lose them the game).

But if it happens it happen…..

Let's not forget this all hinges on Jax beating the Colts to begin with.

I’d love them to “agree” to a kneel down, and one stab the other in the back at the end of the 4th.