Chet Holmgren stunned fans during his Summer League debut on Tuesday by scoring 23 points on nine shots, one steal, and grabbing seven rebounds. Holmgren, who was picked second overall by the Oklahoma City Thunder in the 2022 NBA Draft, also set a Summer League record with six blocks and four assists.

In the game, which came against the Utah Jazz, Holmgren contributed to the Thunder’s 98-77 victory. Wearing No. 7, the 7’1” rookie played little under 24 minutes and made the most of every second. He was proven to be solid on the offensive end, shooting 7-for-9 from the floor, 4-for-6 from beyond the arc, and 5-for-5 from the foul line.

Upon hearing that he had broken the NBA Summer League blocks record, Holmgren was surprised and stated that he would like to get more than six next time.

Kevin Durant, who had a similar start to his NBA career, was impressed by Holmgren’s debut performance with OKC. “I see you cooking 7. First day on the job was a success, love the kicks @ChetHomlgren,” Durant wrote on Twitter.

I see u cookin 7. First day on the job was a success, love the kicks @ChetHolmgren https://t.co/sQrgDpPCU0

In 2007, the Thunder drafted Durant second overall in the hopes that he would become a future NBA star. It is the team’s same hope for Holmgren. Durant went on to win four scoring titles, be selected an All-Star 12 times, a two-time NBA Champion, a League MVP, and Finals MVP. He was also part of the 75th-anniversary roster celebrating the top 75 players in NBA history.

Holmgren, who was seen wearing Durant’s iconic sneakers (KD 15s) throughout the game, reacted to Durant with a prayer and a fist emoji. 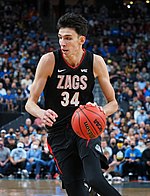 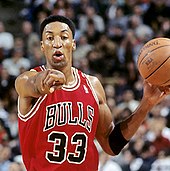