Caris LeVert to debut with Cavaliers against Spurs

Caris LeVert to debut with Cavaliers against Spurs

Shooting guard Chris LeVert is set to make his debut with the Cleveland Cavaliers Wednesday night against the San Antonio Spurs.

The Cavs acquired LeVert and a second-round pick from the Indiana Pacers on Sunday, February 6, 2022, in exchange for the injured guard Ricky Rubio and a package of three draft picks.

The 27-year-old LeVert practiced with the Cavs on Tuesday as the team prepared to play the Spurs.

LeVert expressed his excitement and looked forward to playing with his new teammates.

“I’ve felt a lot of love over the last couple of days,” he said. “I’m very blessed to be here. I just can’t wait to get started. I’m super excited. They are a young team with a lot of energy. I feel I’m going to thrive.”

The Cavs currently sit in fourth place in the Eastern Conference.

Cavs’ head coach John-Blair Bickerstaff said that the team is getting more dynamic, dangerous, and LeVert is what the team needs.

“(LeVert has the) ability to put the ball on the floor and create,” Bickerstaff said. “He will help everybody. He’s an added weapon. (Opposing teams) will have to pick their poison. It makes us more dynamic and more dangerous as a basketball team. He’s a long, rangy defender as well.” 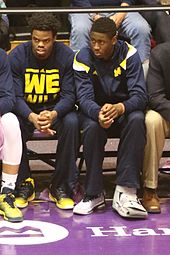 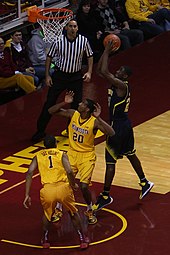 1 year ago , this woulda been a meme

Who makes these headlines? I'd be happy to make the second round and take a good team to 6-7 games.

I wanna see Caris LeVert knock out his Nets

Regardless if you think the Cavs are contenders or not, (still way too young and early imo) it's nice to see someone *want* to play in Cleveland post-LeBron.

Good for him! Hope they make a deep run this year.

Bruh imagine this headline before the year

This is not a title I expected to be reading this season.

A source said as of early this evening #Cavs J.B. Bickerstaff was still deciding whether Caris LeVert would start or come off the bench. That doesn't matter. LeVert is here, where he feels he belongs after a whirlwind 14 months & ready to chase a title