Arizona quarterback Kyler Murray’s saga with the Cardinals is entering a new chapter as Murray says he will not play for the team if he does not get a new contract before the 2022 season starts, according to sources familiar with the matter.

NFL Network’s Tom Pelissero reported that the Cardinals currently put Murray in limbo since they have not made an official offer to the QB, on the other hand, won’t sell him either.

“The #Cardinals have yet to make a contract offer to Pro Bowl QB Kyler Murray, whose agent, Erik Burkhardt, informed the team weeks ago he was pulling his opening proposal off the table, per sources. Other teams are monitoring closely; Arizona insists Murray won’t be traded,” Pelissero tweeted.

The drama started when Murray decided to delete all of his Cardinals-related photos on his social media back in February, which sent a mixed message to everybody about what was on his mind and whether he will wear Arizona colors again next season.

Pelissero added that the Cardinals quarterback is potentially weighing his options after other QBs have signed new deals on their respective teams recently.

“Four QBs – Aaron Rodgers, Deshaun Watson, Matthew Stafford, and Derek Carr – have signed contract extensions worth $40 million or more in the past month as the market continues to go up. Murray is due about $5.5 million in 2022, and it’d be a surprise if he plays on that deal,” he later wrote.

Murray will possibly lose a lot of money if he decides to wait for a new contract. According to PFT’s Mike Florio via BroBible, it will cost Murray $40,000 every day, per the NFL’s Collective Bargaining Agreement. He would also lose his $4,5m roster bonus for 2022 if Kyler doesn’t show up at the Cardinals training camp by the third day.

During a charitable event last month, Murray spoke to the press and said that he planned to give his best to the team.

“I’m an Arizona Cardinal. I’ve done nothing but give my all to the Cardinals and will continue to do that. I’m not really too worried about my future as a Cardinal,” he said. 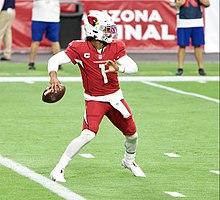 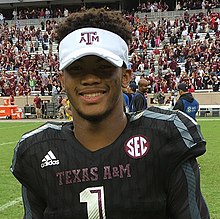 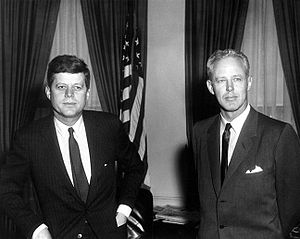 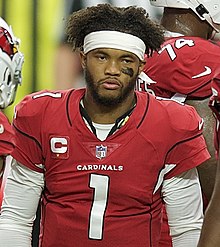 The speed that information changes for NFL drama this offseason is absolutely hilarious.

Lmao this is hilarious. Doesn’t he have 2 years left? What does he expect? He was terrible in the playoffs and seems to collapse whenever the team starts to lose or get into a rut

this dude is so easily unlikeable. everything he does comes off as extremely childish. not to mention he has the personality of a stick.

Hey Baker, I hear AZ is nice this time of year...

Oh but I thought he meant nothing when he scrubbed his Instagram like any mature person would do.

"Murray says playing for Cards is not in the cards for 2022 without new deal."