The Cleveland Browns have identified a fan who reportedly threw a bottle at franchise owner Jimmy Haslam in Sunday’s loss to the New York Jets.

The incident took place in the final minutes of the game when wide receiver Garrett Wilson recorded a game-winning score to seal the victory for the Jets. As Haslam was walking towards the Browns’ tunnel, he was immediately struck on the leg with a bottle.

Since then, stadium security was quick to arrest the fan inside the stadium. According to multiple reports, the fan, who was later identified as Jeffery Miller, is now facing multiple charges, including disorderly conduct, failure to comply with a lawful order, and assault.

In an announcement, the Browns said that they plan to ban the fan from attending future games at FirstEnergy Stadium.

“The safety of fans and workers is the priority in our building and attitudes that endanger others will not be tolerated,” the organization said in a statement.

“Fortunately no one was injured following this incident and as standard practice we have cooperated with the authorities and the video of an object being thrown is in the proper hands. We will not comment further on this.”

“Fan, player and staff safety is the top priority in our building and behavior that puts others in danger will not be tolerated,” spokesman Peter Jean-Baptiste said. “Luckily no one was harmed in this incident and as a standard practice, we’ve cooperated with law enforcement authorities and security video footage of the object being thrown is in the appropriate hands." 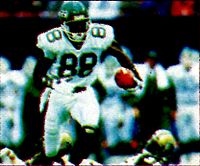 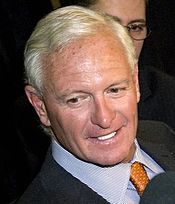 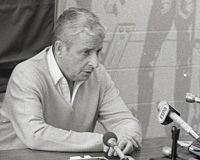